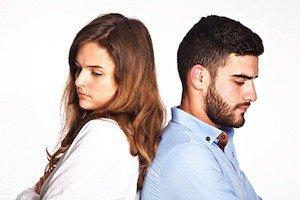 Ashley Madison, a dating website designed for people who want to cheat on their spouses, was hacked in late August. Various account information, including the names and personal information of more than 30 million users, was revealed. The leak of such sensitive information is expected to result in many couples divorcing.

Adultery occurs when a married person carries on a sexual relationship with a person who is not his or her legal spouse. However, under Illinois law, there is little effect on the process or result of a divorce when one spouse commits adultery.

Beginning January 2016, fault-based divorce will no longer be an option in Illinois. Instead, spouses will have to demonstrate that irreconcilable differences have led to the irretrievable breakdown of the marriage.

Illinois courts make custody decisions based on a child’s best interests — adultery rarely has an effect on child custody determinations. Custody decisions are made to consider a child’s needs, rather than to punish a misbehaving parent. Adultery will only be taken into account if the misconduct affects a parent's relationship with his or her child, or if the parent’s relationship poses a threat of harm to the child.

Adultery could possibly have an effect on parenting if a parent neglects his or her child in favor of spending time with a lover. Still, generally, adultery does not affect a person’s ability to be a good parent to a child.

If your spouse has cheated on you, and you are considering divorce, please called skilled Palatine family law attorney Nicholas W. Richardson to discuss your options and your case. Call 847.873.6741 today to schedule your free initial consultation.