What Are the Signs of Parental Alienation in an Illinois Divorce?

Posted on November 30, 2020 in Children of Divorce 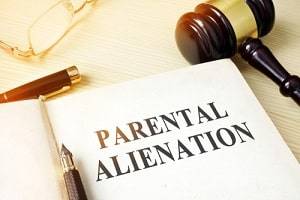 Although most people enter into marriage thinking it will last “til death do us part,” not all unions make it that far. Whether a couple has simply grown apart or infidelity played a role, spouses may choose to legally end their marriage. In Illinois, the only reason for divorce is “irreconcilable differences,” which basically means the relationship has suffered an irretrievable breakdown and there is no hope for reconciliation. If a couple has children together, there are many issues that will need to be resolved before the divorce is final, including the allocation of parental responsibilities (child custody) and parenting time (visitation). Co-parenting can pose its challenges even when ex-spouses get along well, but it can become downright combative if you and your ex harbor bitterness or anger toward each other. These feelings often end up being manifested through the children in what is called parental alienation syndrome.

Parental alienation takes place when one parent attempts to disrupt his or her children’s relationship with their other parent. Unfortunately, it can be common after divorce, but it may happen gradually, so noticing the signs of this type of behavior is crucial before it gets out of hand.

Can Children Decide Which Parent They Will Live With After Divorce?

Posted on February 28, 2020 in Children of Divorce 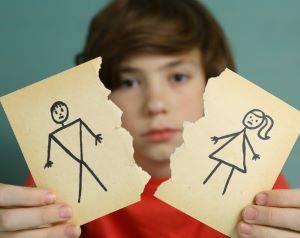 Divorce can be very difficult for everyone who is affected by a couple’s breakup, including their children. One of the biggest concerns children of divorcing parents may have is how their living situation might change and when they will spend time with each parent following the divorce. In many cases, parents and children alike may expect that children will play a role in making decisions about their living arrangements. Although children’s opinions and desires may be a factor in some cases, this will not necessarily be true in every situation. When addressing child custody matters, a family law attorney can help ensure that children’s best interests are protected.

In divorce cases, the time children spend with each parent is commonly referred to as “physical custody” or “visitation.” However, in 2016, the Illinois Marriage and Dissolution of Marriage Act was modified, and those terms are no longer used. Today, the time children spend with each parent is referred to as “parenting time.” The law recognizes that it is in children’s best interests to have regular, ongoing time with each parent, and during divorce, parents will need to create a parenting plan that includes a schedule for when children will live with each parent. The parenting plan will also address how parents will divide the responsibility for making important decisions for their children, such as where they will go to school and what religion they will be raised in.

Do Children Have a Choice Where They Will Live?

One prevailing myth that people may have heard states that once a child turns 14, the court will consider him or her to be mature enough to make a decision about where he or she wants to live. However, this is not a provision that is included in Illinois law. When making decisions about parenting time, a judge will take many factors into consideration to determine what is in the best interests of the child. The child’s desires are one of these factors, and a judge may listen to what a child has to say and take any preferences he or she has into consideration. Rather than identifying an age at which a child’s preferences will be considered, the law states that a judge may consider the child’s wishes if he or she is mature enough to be able to express his or her “reasoned and independent” preferences.

Tips for Successful Co-Parenting After Your Illinois Divorce

Posted on December 30, 2019 in Children of Divorce

After getting a divorce as a parent, you and your ex-spouse will typically have to work together to co-parent your children. This can be difficult, particularly if the divorce was bitter or messy, and there are still feelings of resentment. However, it is best if you are able to work together with your ex-spouse as peacefully and respectfully as possible. Not only will everyone benefit from this cooperation, but it can help you demonstrate that you are willing to put your children’s interests first, which may work in your favor if you need to modify the terms of your parenting plan in the future. Here are some ways you can encourage ongoing cooperation between co-parents after getting divorced:

Although you and your ex-spouse have agreed to work together as co-parents, this does not mean that any hurt or anger that built up during the divorce will just go away. However, you will still need to be able to cooperate to meet your children’s needs and address any problems that may arise. When working to resolve these issues, you should try to put your feelings about your former spouse to the side and focus on how the two of you can reach a solution that will provide for your children’s best interests.

Communication about what is going on in children’s lives is one of the most important factors in successful co-parenting. By keeping your children the focal point of every conversation, the two of you can ensure that you understand their needs and are prepared to address any ongoing concerns. This will also allow you both to remain informed about what is going on in your children’s lives, including any medical or educational matters that you and your ex-spouse both need to be aware of.

Is a Parent Permitted to Restrict or Deny Parenting Time?

Posted on October 5, 2017 in Children of Divorce 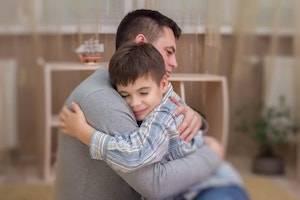 Establishing and maintaining a meaningful connection with one's child is one of the primary goals of all parents. While this effort often becomes more complicated as a child grows up, parents that are separated or divorced have an even bigger hurdle to overcome.

Nurturing a relationship with one's child when custody is shared is challenging for both parents, but the parent allocated the lesser amount of parenting time must work even harder to overcome the lack of time together. Parents generally have a right to exercise a reasonable amount of parenting time with their child, and are presumed fit to exercise parental responsibilities unless evidence is submitted to show the contrary. However, in practical terms, one parent — often the mother — is granted a greater share of the parenting time and care taking duties. The other parent, on the contrary, is typically left with weekends — not always consecutive — and one night per week to foster the parent-child connection.

Reflecting the tendency for fathers to receive less parenting time, a non-profit hosted a free event for fathers in Chicagoland affected by divorce or other family disruptions to learn how to be the most effective parent possible under such circumstances. Regardless of which parent has a greater role in a child's day-to-day life, the parent with more parenting time has the power to block the other parent from seeing the child, in violation of the parenting plan.

Posted on January 5, 2016 in Children of Divorce 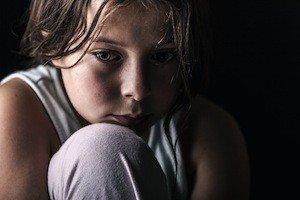 Thinking about a divorce or separation? If children are involved, one of the most important considerations is protecting the children from the stress and turmoil of the divorce and ensuring that their interests are represented. Generally, children benefit from both parents involvement in their lives and good relationships with both parents. However, sometimes in a custody dispute, one parent harms the children’s relationship with the other parent.