Moving out of Illinois Following Divorce 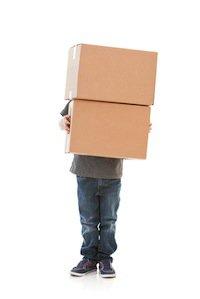 Order for Removal of Child in Illinois

After your divorce is final, you may find yourself wanting to move out of state. Perhaps you want to be closer to your family, or you have found a new job that will advance your career. Or, you may have remarried and your new spouse needs to relocate for work. The only problem is, you and your ex-spouse have a child custody agreement.

Can you move out of Illinois and take the children with you?

You have two options if you want to move out of state with your child: get the other parent’s permission, or obtain an order for removal from the court.

Parental permission for child to move out of state

If your child’s other parent agrees to the child moving out of state with you, then you have no issue. Some parents include a move in a parenting plan, if they knew at the time of the divorce proceedings that a move was imminent. If your ex-spouse agrees, you do not need to obtain an order from the Court. However, because a move will likely alter visitation as set forth in your parenting agreement, you and your spouse should sit down and revise the plan to reflect the new living arrangements.

Court permission for child to move out of state

Factors the Judge may consider when deciding whether to grant permission to remove the child include:

An important reason depends on the circumstances.

If the child has a medical condition that can best be treated at a hospital outside of the Palatine area, or if the custodial parent has a job opportunity that would bring in substantially more income, the Court may consider those important enough reasons to grant the order for removal. An additional reason may be when the custodial parent and the child were the victim of domestic violence or other forms of abuse from the other parent.

The fact that the parent wanting to move out of state has sole custody generally will not make a difference in the Court’s decision. Moreover, in situations where the other party only has visitation, even if it is only once a month, moving out of state will hamper the exercise of that visitation, which is not in the child’s best interest.