Weight of a Child’s Opinion in Allocation of Parenting Time 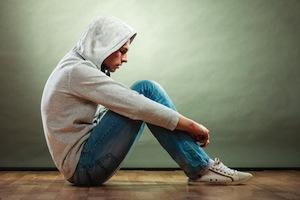 In a recently issued opinion, an Illinois Court of Appeals clarified how much weight should be given to a child’s opinion when determining the allocation of parenting time in post-divorce proceedings.

In re Marriage of Adamson

In October 2007, a Court issued a judgment for the dissolution of the marriage of James Adamson and Jennifer Adamson. According to the judgment, both parties were granted joint legal and physical custody of their two minor children, aged seven years and two years.

In July 2013, Ms. Adamson filed a petition to modify visitation and parenting time. A Circuit Court subsequently conducted a hearing and heard testimony from both parties and the older child, who was then 14 years old. The child testified that he was closer to his mother and that he would rather spend more time with her because his father preferred him to have sleepovers at his own house rather than at the houses of his friends. The child also stated that his father purposely brought his jersey and cleats late to sports games, which the father denied. Finally, the child stated that his father’s girlfriend was mean, to which Mr. Adamson admitted that he had stopped seeing the woman months before.

The Circuit Court subsequently denied the petition, stating that Ms. Adamson had failed to prove by a preponderance of the evidence that a modification of the parenting schedule was in the best interest of the child. Ms. Adamson appealed the decision.

On appeal, the Court upheld the Lower Court’s ruling denying a modification of the parenting plan, stating that while a mature child’s preference as to custody should be given considerable weight when the preference is based on sound reasoning, a Court is still not barred from finding that a child’s preference is not in his or her best interest.

In this particular case, the Court felt that the child’s description of his preference indicated more normal teenage/parent behavior than legitimate cause based on sound reasoning that would justify a modification of the parenting plan.

Best Interests of the Child

In determining a child’s best interests for the purposes of allocating parenting time, the Court of Appeals clarified that while a child’s opinion is important, the opinion must be weighed against the child’s maturity and ability to express reasoned and independent preferences as to parenting time. The Court also takes other factors into consideration, including practical aspects like the distance between the parents’ residences, where the child attends school, and the parents’ willingness to place the child’s needs above their own.

If you are considering a divorce and need assistance with establishing a parenting plan, please call dedicated Palatine family law attorney Nicholas W. Richardson, at 847.873.6741, to schedule a free initial consultation.