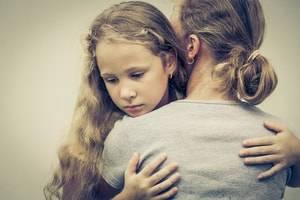 Dividing child custody (legally termed parent responsibilities) is a critical, complicated, and emotional undertaking that challenges even the most cooperative spouses getting divorced. Practically speaking, both parents will have to compromise and cede some amount of authority and autonomy over the child’s life in order to facilitate sharing responsibilities with the other parent.

Until a Court order says otherwise, both legally recognized parents (typically, those biologically related to the child) have full rights to make any decision on the child’s behalf and to determine the child’s physical location, without the other parent’s knowledge or permission. Once a Court order is issued, though, this expansive ability to make unilateral decisions stops if parental responsibilities are shared, which is almost always the case.

Biological parents have a tough time sharing these rights and duties, and when a non-biological parent seeks the same level of parental authority, the other parent is likely to push back hard against such claims. This situation occurred between a same-sex female couple from Rockford who used artificial insemination to impregnate one of the women, yet failed to legally acquire parental rights for the other spouse. An Illinois appellate court recently ruled that the non-biological former spouse had parental rights that she could attempt to enforce.

The issue of parental rights in same-sex marriages is still developing, and many circumstances have not been considered by Courts in the past. The unsettled nature of the parental rights in this context was present in the case mentioned above, which means the final word on this matter may still be in the future. The main issue in this case was the ability of a non-biological adult to gain parental rights by actively consenting to and participating in the artificial insemination process, as well as acting in a co-parenting role while the couple was still together.

The Appellate Court agreed with the Trial Court’s findings and conclusion that a mutual decision led to the child’s birth, and as such, the child is entitled to physical, mental, and emotional support from both. In addition, the effort put into co-parenting while the couple was still together was sufficient to form bonds and an attachment with the child, which further substantiates the right to assert parental rights.

The case discussed above only looked at a former spouse’s right to assert parental rights, not exercise them. When the exercise of parental rights is sought, a Court must first determine, before any division is allocated, whether having both parents in the child’s life is in the child’s best interests. Typically, the answer to that question is yes, but how the decision-making authority and parenting are allocated depends on the facts of each case.

The best interests of the child is essentially examining which arrangement will best support the child’s welfare, and is based upon an evaluation of a long list of factors by the court. Major factors in this analysis include the following:

Child custody issues are critical to the functioning of any divorced family, and the knowledge of talented Hoffman Estates family law lawyer Nicholas W. Richardson can help you find a solution that is workable and reasonably fair to all parties. If you have questions about child custody or any other aspect of divorce, contact the law firm for a free initial consultation.