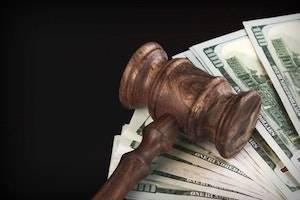 The divorce process requires both spouses to accept and expect that a considerable amount of money will be spent to dissolve the marriage. The expense of divorce is especially an issue for couples with high net-worth, and the associated complications often relate to property division and spousal maintenance.

One cost that parties are particularly reluctant to pay is attorney fees. While this cost may seem like a considerable amount, divorce attorneys provide valuable services that contribute to the outcome of Court decisions on pivotal issues, such as child custody and the division of assets. However, which party pays attorney fees is a common negotiating point in divorce settlement agreements between wealthy spouses.

The Illinois Supreme Court recently issued a ruling in a case on the issue of attorney fees in a divorce that involved a considerable amount of litigation initiated by the same party. This decision could impact how legal fees are paid in divorce cases going forward, making the exploration of the Court's rationale necessary.

The ex-wife, in light of the large attorney fees generated in responding and contesting the petitions for a reduction in spousal maintenance, requested her former husband contribute towards this expense. The specific matter the Court addressed in this case was whether a contribution to attorney fees should only be granted if one party is wholly unable to pay, and the other party has the ability to do so.

The Court found that if the party requesting attorney fees would be financially undermined if forced to pay all the fees himself or herself, that was enough to grant a contribution toward these expenses from the other party. Essentially, the law does not require the party requesting attorney fees to be completely devoid of assets or other financial resources before this request may be granted.

Law on Attorney Fees in Divorce

Illinois established a law on the contribution of attorney fees in divorce cases to prevent a spouse with more financial resources from intimidating the other, less well-off spouse into unfair settlements to avoid costly litigation. This law allows a party to petition for attorney fees from the other spouse in any proceeding related to the dissolution of a marriage, including while the divorce is pending and any litigation filed post-divorce. The Court must look at the financial resources of each party when making this decision, and in particular, look to the factors used to divide marital assets and debt.

In addition, the factors used to determine the appropriateness of a spousal support award must also be considered if this support was granted in the divorce decree. Factors include the following:

Parties to divorce have the potential to lose a considerable portion of their net worth if not properly protected. An experienced Inverness divorce attorney can help divorcing spouses get the property settlement that best represents their contribution to the marriage, rather than settling on a lesser amount to avoid dragging things out. The Law Office of Nicholas W. Richardson, P.C. has extensive experience in high net-worth divorce cases, and understands the most accurate methods of valuing complex marital estates.