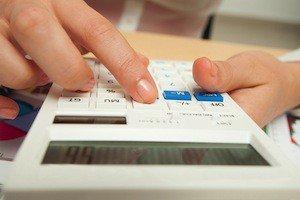 The calculation of spousal maintenance, or alimony, has become increasingly inconsistent in recent years due to the large amount of discretion given to individual judges in assigning awards. However, in 2014, the Illinois legislature passed an amendment to the state’s alimony law. The new law works to limit individual judges’ discretion in alimony awards by providing judges with a specific set of spousal maintenance guidelines to follow when making their rulings.

The Illinois Marriage and Dissolution of Marriage Act

Prior to the passage of the amendments to the Marriage Act, Judges determined whether a spouse was entitled to alimony based on factors listed in the Illinois statutes. These factors included:

After weighing these factors, the Judge would decide whether alimony was warranted. If awarded, the Judge was ultimately given discretion as to the amount of alimony to be paid as well as the duration. The only requirement was that the award be reasonable.

The new law, which took effect in January of 2015, significantly limits judges’ discretion by basing the calculations of the amount and duration of spousal support on a mathematical formula. The calculation is based on a couple's gross income and the length of their marriage.

While judges can still exercise discretion in their decisions regarding when maintenance is appropriate, in certain situations, they must now apply a statutory formula to determine both the amount and the duration of the award. The formula must be used if the gross combined income of both spouses is below $250,000.

The duration of a maintenance award is calculated using a different formula that takes into account the length of a marriage. For a marriage that lasted up to five years, an award would need to be paid for 20 percent of the span of the marriage. However, a couple married for five to 10 years would need to make payments for 40 percent of the total span. Moreover, a couple married for 10 to 15 years would pay for 60 percent of the period constituting their marriage. The percentages increase accordingly, culminating with a marriage lasting 20 years or more. In that instance, a Judge can use his or her discretion to order either permanent maintenance or maintenance equal to the length of the marriage.

Despite the new statutory guidelines, calculating alimony and navigating the issues surrounding the division of marital assets may still be confusing and difficult. Please contact a skilled Palatine family law attorney at the Law Office of Nicholas W. Richardson, P.C. to schedule an initial consultation.