Can Marijuana Use Affect Child Custody in an Illinois Divorce? 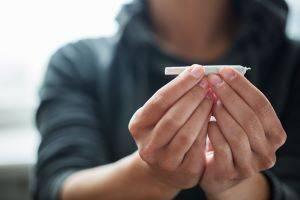 As of January 1, 2020, marijuana is legal in Illinois for both medical and recreational use. However, even though the possession and use of this drug is no longer a criminal offense, people who have gotten a divorce and have at least partial custody of their children should think carefully before using marijuana. Irresponsible use of drugs or alcohol could negatively affect the amount of time you are able to spend with your child.

How Marijuana Use May Affect Parenting Time and Parental Responsibility

In Illinois, child custody is referred to as the allocation of parental responsibilities, and visitation is referred to as parenting time. When determining how much time each parent will spend with their child, the court will consider what is in the child’s best interests. If one parent is concerned that the other parent is using marijuana when the child is in his or her care, this issue can be brought to the attention of the courts, and the parent may ask for a modification of the parenting plan. For example, a parent may ask that the other parent’s parenting time be reduced or that the parent be prohibited from using marijuana during his or her parenting time.

Understanding this issue is important for anyone who currently has parenting time with a child. Sometimes, a bitter ex will tell the court that a parent is using marijuana excessively around the child as a means of obtaining a greater allocation of parenting time. A parent may claim that the other parent’s use of marijuana is endangering the child, and the other parent may be required to prove that he or she has not acted in a way that has harmed the child.

Does Marijuana Use Indicate Child Endangerment?

When considering whether a parent’s use of marijuana has created a danger to a child, the court will view the issue similarly to a parent’s use or abuse of alcohol. When a parent has an addiction to alcohol, he or she may choose to drive under the influence while the child is in the car, or intoxication may make him or her unable to properly tend to the child’s needs. A judge would likely consider this type of activity to be child endangerment, and he or she would take the same view if the substance being abused was marijuana instead of alcohol.

When one parent accuses the other of excessive marijuana use, a judge will also consider the circumstances. For example, he or she will question whether marijuana is being used around the child or if the child has access to the drug. If either of these things is true, a judge may choose to reduce or eliminate the parenting time of the parent who has committed child endangerment

However, if a parent uses marijuana responsibly, keeps it in a place the child cannot access, refrains from driving while under the influence, and is fully able to perform his or her parental duties, a judge will likely determine that this is not a case of child endangerment. A parent may need to take steps to demonstrate that the use of alcohol or marijuana has not had a negative effect on his or her children.

If you are concerned that your ex-spouse’s use of marijuana is affecting your child’s health and safety, or if you have been accused of putting your child at risk due to your marijuana use, you should speak to experienced Northwest Cook County child custody lawyer Nicholas W. Richardson. Attorney Richardson can help you understand the best steps to take in these situations, and he will fight to protect your parental rights and your child’s best interests. Call our office today at 847.873.6741 to schedule a free consultation.