The Purpose of Child Legal Advocates in Family Law Cases 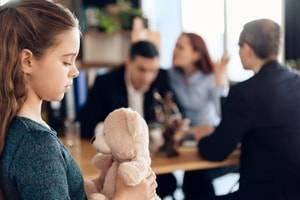 Divorce, child custody and child support are all emotional and difficult legal issues that separated families face. Parents typically intend to shield their children from the stress and negative emotions of these proceedings; however, sometimes, they leach out anyway. Further, even in the best of situations, the best interests of the child can become lost in the midst of legal battles.

To ensure the child’s needs are properly addressed and considered, a Judge has discretion to appoint a child advocate to help him or her better understand the child’s situation and the type of arrangement that would best promote the child’s healthy development. Attorneys are used for such an appointment and would serve in one of three differing capacities intended to provide a voice to the child’s past and current situations.

Consider the following three roles an attorney may play as a child advocate in family law cases, and examples of circumstances that may prompt a Judge to make this type of appointment.

Attorney for the Child

An attorney for a child acts just like an attorney who would work for any adult client — a straightforward and traditional legal role that involves representing the interests of the client. Consequently, the rules of confidentiality and the duty to communicate the child’s wishes to the Court apply. This arrangement may work well for older children, but younger clients are likely to struggle to effectively communicate their wishes to the attorney.

On the opposite end of the spectrum, guardians ad litem do not act as legal counsel for children, and instead serve as agents of the Court who are tasked with determining the best interests of a child. The wishes of the child are not the focus. Instead, the guardian ad litem investigates the child’s living situation to determine the type of outcome that would best support the child.

Circumstances Where an Appointment is Likely

The outcomes of family law cases are invariably tied to the type of life a child will experience for years to come. Thus, when Courts see parents are having difficulty cooperating or forming a reasonable agreement over child-related issues, the appointment of one of the advocates described above is likely. Such action is even more likely if one or both parents are engaged in protracted litigation involving the filing of numerous motions that will take significant amounts of time and resources to resolve. Essentially, any time a Court perceives the needs of the child are being ignored or neglected, the appointment of a child advocate is probable.

Your child’s needs are always a priority, but legal proceedings can quickly get messy and cloud the best way to proceed. Skilled Palatine family law attorney Nicholas W. Richardson understands the stresses and challenges a parent in divorce or custody proceedings faces, and will work to get you the best possible outcome for your family. Contact the office for a free initial consultation.