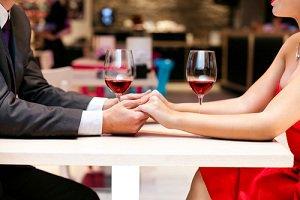 Dating before the divorce is finalized can impact the results of the divorce proceedings as well, even though it is not prohibited by Illinois law. Some of the problems associated with dating during the divorce can include the following.

1. Increased animosity: Dating during divorce can fan the flames of animosity between the spouses. If the husband begins dating soon after the paperwork is filed, the wife may feel that he is shoving the new relationship in her face, particularly if the wife did not initiate the divorce, or if it was the result of the husband’s infidelity. Increased animosity is never a good thing, as it can cause the opposing party to become unreasonable in negotiations as a way to get back at the spouse. This results in lengthier and more expensive proceedings.

2. Adverse Impact on Child Custody Proceedings: If children are involved, dating during the divorce proceedings can have an adverse impact on the Court’s decision regarding child custody and visitation. The Court makes custody decisions based on what is in the best interests of the child. If you are dating during the proceedings, you may deal with issues related to a new partner’s contact with your kids, since the children will be exposed; this is especially true if you are living together. And as discussed above, if your wife feels that you are flaunting the new relationship in her face, she may press for primary physical custody as a way to get back at you.

3. Poor Judgment: New relationships are exciting, but that excitement can get in the way of your judgment in a divorce proceeding. You may make concessions during negotiations–agreeing to a division of assets not entirely in your favor, or agreeing to a certain visitation schedule – not because you think they are the best decision, but because you want the divorce to be over with so you can get on with life with your new partner. The decisions you make during the divorce impact your future financial life and your life with your children. Do not let the excitement of a new relationship cloud your judgment.

If you are contemplating divorce, contact the Law Office of Nicholas W. Richardson, P.C. Attorney Richardson is a skilled and experienced divorce and child custody attorney, trained in mediation and collaborative law, who understands the importance of working with the other side to reach a mutually agreeable resolution. Serving clients in Palatine, Rolling Meadows, Arlington Heights and the surrounding northwest suburbs, Nicholas W. Richardson is ready to help guide you through the divorce process.