Posted on October 6, 2015 in Division of Property 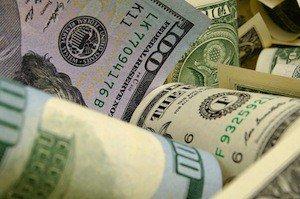 One instance in which marital property will not be equally divided is in the event of marital waste. Marital waste, or the dissipation of property, occurs when one spouse dissipates assets prior to the divorce. Dissipation of both marital and separate property is taken into account. If the Court finds that one spouse has committed waste, the Court will take the waste into account when determining a fair division of property.

Money may not only be dissipated. For example, dissipation may include letting a home fall into foreclosure, failing to pay taxes and thereby incurring penalties or not maintaining a building so that the building falls into disrepair.

Common examples of purposes unrelated to a marriage include spending money on an extramarital affair, gambling away savings or the costs of a drug habit. The dissipating spouse does not have to benefit from the dissipation. Thus, for example, a spouse could give money away and that would still qualify as waste — giving the money away was not for the benefit of the marriage. Expenditures for ordinary living expenses do not generally count as dissipation. Still, if one spouse sets up a separate household, that may be marital waste.

The Court will take marital waste into account only if the waste occurs during the time when the marriage is breaking down irreconcilably — when the marriage is in jeopardy, or when a divorce or separation is anticipated or impending. However, this does not mean the beginning of marital trouble, but rather the time at which marital trouble is apparent and the breakdown is inevitable.

Since marital waste may not occur before the marriage began to break down, spouses do not have to go back through the entire marriage to document every disagreement and improper spending. Waste is limited to five years before filing for divorce or three years after the spouse claiming dissipation knew or should have known of the dissipation.

If you believe that your spouse is wasting your assets, please consult with an attorney immediately. Contact a skilled Palatine family law attorney at the Law Office of Nicholas W. Richardson, P.C. to schedule your free initial consultation.