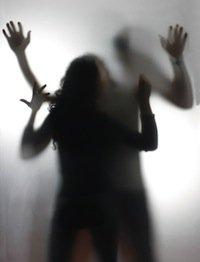 The new law allows fathers to be denied custody and visitation with their children if it can be proven by clear and convincing evidence that the father “committed an act of non-consensual sexual penetration for his conduct in fathering that child.”

Clear and convincing evidence is a standard of proof in civil trials that is far less rigorous than the “proof beyond a reasonable doubt” standard in criminal Court. Clear and convincing evidence requires evidence that shows it was “highly probable” that the father committed an act of non-consensual penetration. This means that a man who was acquitted in a criminal Court for rape – or even a man who was never tried for rape – could be denied custody and visitation with his child if the Court decides it was highly probable the child was the result of rape or another form of non-consensual sexual penetration.

The revision to the law, however, is a double-edged sword. For women who were the victim of sexual assault or sexual abuse, the law protects them and the child from further harm by the abuser. It also does not penalize women who, whether out of fear or a desire to not be attacked on the stand by a criminal defense lawyer, choose not to press criminal charges against their rapist. Yet, allowing men to be denied custody of their child based on less than a criminal conviction opens the door for false accusations of sexual assault in cases where the relationship was short lived, a child was the result of a one-night stand, or when a mother seeks to retaliate against the father for some other perceived slight.

If you are seeking custody of your child and were the victim of a sexual assault by the child’s father, or if your child’s mother is falsely accusing you of sexual assault, seek the assistance of need an experienced Palatine child custody attorney. Nicholas W. Richardson has more than 10 years of experience handling child custody cases, and he will fight to get the best outcome for you and your child. Serving Palatine and Chicago’s Northwest Suburbs, Nicholas W. Richardson is available to provide you with a consultation of your case.