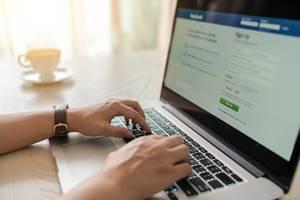 People keep much of their personal and sensitive information online and often share accounts and passwords with partners and spouses. Sharing access tends to be more efficient for keeping up-to-date on personal and financial matters, but can become a point of concern if divorce or separation enter the picture. Because so much of one’s life exists exclusively in the digital realm, spouses getting divorced could use this knowledge to search for damaging information against the legal position of the other side.

Misconduct, evidence of infidelity or financial waste/theft are the primary concerns of spouses in the divorce process. Hiding such activity is distinctly more difficult in the transparent world of today. However, while the temptation to delve into the digital accounts of a spouse may exist, the ramifications of this choice, both legal and relational, should be taken into account so decisions are not later regretted.

How Snooping May Occur

The more a couple shares a digital identity and has access to each other’s accounts, the greater the ability of spouses embroiled in divorce to spy on one another. This can take the form of checking email accounts, viewing texts, searching the Internet/social media, and even installing spyware on computers and cell phones to track and record every keystroke. Thus, when couples start to experience marital strife, creating separate accounts is important to maintaining privacy and limiting the amount of information the other person sees, especially as the information relates to communications with a divorce attorney.

Further, resetting social media privacy levels and curtailing postings, generally, are another method of reducing the amount of ammunition a disgruntled spouse may try to gather. Even if a spouse does not have misconduct to hide, he or she is still better served by keeping information about daily life out of the public realm while the divorce is pending to prevent an image or post from being negatively misconstrued.

Drawbacks of this Behavior

Obtaining spyware is relatively easy; however, the legality of using this technology is an issue. In Illinois, installing spyware on a device without the owner’s knowledge is illegal. Because spouses often share devices, establishing who owns a particular device may not be clear. Hence, the installation of spyware on a computer may not technically trip the terms of the law.

Further, Illinois also requires all parties know and consent to the recording of a conversation. Therefore, secretly making recordings of a spouse’s conversation is not permissible, and any evidence obtained will not be admissible in Court. Additionally, evidence that is even potentially tainted is also likely to be rejected by a Court out of caution and, consequently, is rarely worth the effort.

Nevertheless, the use of electronic evidence is a growing aspect of divorce cases, with much of the evidence being gleaned from social media. However, introducing such evidence is unlikely to influence the outcome — Illinois is a no-fault divorce state and will only further antagonize relations with the other party.

At best, evidence of infidelity may affect property division. But, most divorces end in settlement and not a trial. Therefore, the information is unlikely to matter. Hiding assets is a large issue, though, and should be pursued, but through the use of forensic accountants and other methods of electronic discovery to ensure everything found will be admissible and considered by the Judge.

Ultimately, discussing plans to gather damaging information on a spouse should be discussed with an experienced divorce attorney to ensure the methods employed are within the bounds of the law, and likely to help reach a settlement and/or just result.

Divorce is an emotional process that has the ability to bring out less agreeable aspects of a person’s personality. Working with an experienced Palatine divorce attorney can help to keep the process more objective, and thus more likely to result in a fair outcome. The Law Office of Nicholas W. Richardson, P.C. understands the difficulties of this life change, and will work to get you a settlement or judgment you deserve. Contact the office for a free initial consultation.