Step Away from the Computer: Divorce in the Age of Social Media​ 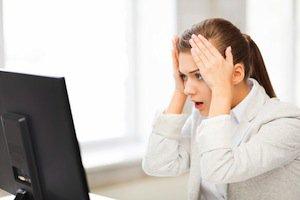 Facebook. Twitter. Instagram. If you have access to a computer or smartphone, you most likely have an account on at least one social media site. They are a great way to connect with far-flung family and friends, post photos and updates about what is going on in your life, and even vent now and again. However, if you are involved in a divorce or child custody case, what you post on social media could negatively impact the outcome of those cases.

Many people believe that what they post on social media is a private interaction between them and 350 of their closest friends. And while there are privacy settings users can put in place to restrict non-friends or followers to see their photos or read their updates, many people’s pages do not employ these privacy settings. In fact, 80 percent of attorneys report combing through social media sites for evidence that can be used against the opposing party. Hence, even if your accounts are set to private, family, friends or even members of private online groups may be sharing information with your significant other.

Stories often surface of friends sharing the details of a husband’s life with his soon-to-be ex-wife. Members of online parenting groups may even share the information a mom posts with her soon to be ex-husband. Therefore, be smart about what you post.

Do not badmouth your ex. This is especially important if children are involved and you are working on child custody arrangements. Badmouthing your ex can lead to claims that you are unable “to facilitate a close and continuing relationship” with the child’s other parent. Depending on the severity and harshness of your words, a judge may view your posts as a facto to not award you custody.

Do not discuss dating. If you are in a new relationship before the divorce is final, keep it off social media. While not prohibited in Illinois, you may fan the flames of jealousy or raise questions of infidelity during the marriage, both of which can increase animosity and make the proceedings more contentious. If child custody is involved, the other spouse can try to use the relationship against you to prevent you from being awarded custody, arguing that you are inviting strangers to spend the night at the house or neglecting your children in favor of the new relationship.

Do not post photos of yourself in clubs. Even though you are entitled to go out, and even though your children are safe at home with a babysitter while you do, your ex or his or her attorney can get a hold of these photos and paint a picture of you as an irresponsible parent who leaves the kids alone to go out and party.

Do not post pictures of vacations or other elaborate purchases. This could raise claims that you are misusing marital funds or that you have hidden assets, which could prolong the divorce as the other party files discovery motions trying to find proof of misuse or the supposed hidden assets. It will also substantially increase the costs associated with the divorce.

If you are involved in a divorce or child custody case, contact Palatine family law attorney Nicholas W. Richardson. With more than 10 years handling divorce and child custody cases, Nicholas W. Richardson understands that emotions often run high and will handle your case with sensitivity and respect, while working aggressively to obtain the settlement and custody agreement that is in the best interest of you and your children. Contact the Palatine office today at 847-873-6741 to schedule a free initial consultation.