Is Divorce the Only Legal Process to End a Marriage? 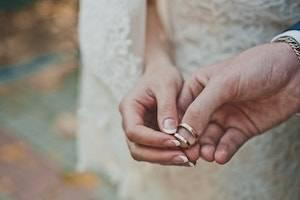 Hearing that a family member, friend or acquaintance is ending his or her marriage automatically provokes the thought of divorce. Divorce is a legal process by which a Court says a couple is no longer married in the eyes of the state, and no longer has rights to the legal benefits granted to those in a valid marriage, such as the right to inherit a spouse’s property or have an ownership claim to the marital estate.

Divorce is the most popular method of ending a marriage, especially now that Illinois is a no-fault state. However, another possibility exists for ending a union — annulment.

Annulment is a concept many people take to be antiquated and associated with religion. However, while there is a separate religious procedure to annul a marriage, a Court also has the ability sever a marriage in a similar manner.

Annulment differs from a divorce in that an annulment invalidates a marriage, and treats the parties as if the marriage never existed. Divorce, on the other hand, accepts the validity of marriage, but allows spouses to end the relationship and walk away with some portion of the couple’s combined efforts.

Annulments are difficult and complicated to obtain and require the attention of an experienced family law attorney.

In addition to satisfying the requirement for specific grounds, time limits on when a party may seek an annulment also apply. Specifically, a party must petition for an annulment:

Annulments exist to relieve parties of marriages that should not have occurred in the first place, which is supported by the short timelines for filing annulment petitions. Consequently, annulment does not allow either party to ascend to the marital benefits extended to divorcing couples, and each exits with the property he or she brought into the marriage, and no financial obligations.

Limited exceptions to the rule do exist, with the principal one being for parties who are tricked into entering bigamous marriages. The unknowing party may believe himself or herself to be in a lawful marriage for years before discovering the deception. As a result, the law permits these individuals to ask for marital benefits, such as spousal support and property division. Otherwise, annulment is intended to address to situations that quickly reveal themselves as unsuitable for marriage. Thus, annulment may be a better choice if preventing the other party from gaining marital rights is the goal, and the circumstances allow for this choice.

Ending a marriage is never easy, but consulting with an experienced Palatine family law attorney can help clear the vagaries of the legal process. The Law Office of Nicholas W. Richardson, P.C. has a thorough knowledge of the issues related to ending a marriage, and will work to obtain the results that are best for you and your family. Contact the office for a free initial consultation.