Domestic Abuse, Orders of Protection, and Your Family Law Case

Posted on September 14, 2016 in Domestic Violence 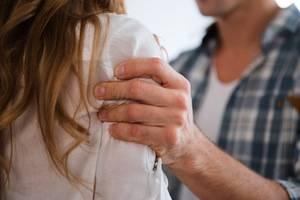 While lawmakers and advocates alike have mounted massive public awareness campaigns and strengthened existing state laws concerning domestic violence, this issue remains problematic today. Domestic violence is an issue that often appears in divorces, child custody cases and other types of family law proceedings. Furthermore, false allegations of domestic violence, which are not uncommon in bitter family law or divorce cases, can damage one’s reputation and livelihood. Fortunately, for cases of true domestic abuse, there are several avenues of relief on both the criminal and civil sides of the law. One of the most common tools used to combat domestic abuse is the order of protection.

What is an Order of Protection?

What Actions Qualify as Domestic Abuse?

Domestic violence can take on a number of different forms. Under Illinois law, there is a relatively broad definition of domestic abuse that encompasses actions such as harassment, intimidation, stalking, physical violence, and interference with a person’s autonomy. This kind of behavior, however, is only considered domestic abuse if occurs between certain statutorily defined parties. These individuals include the following: