Domestic Violence and the Decision to Divorce 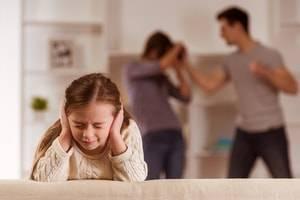 Domestic violence is a tragic and intolerable situation experienced by millions of spouses each year, and attempting to leave a marriage by filing for divorce can be complicated by potential retaliation from the abuser and a general fear about the circumstances. Officials recognize the hardships faced by spouses in such a relationship. Thus, they provide the ability to get protection from the abusive individual, so other legal steps, like divorce, become viable options that allow more permanent ways to sever ties.

The persistent dangers of domestic violence are apparent in a recent news story out of the Rockford Register Star that discusses the disappearance of three individuals — a married couple with domestic violence issues that was in the process of divorce, and the wife’s new boyfriend. The likelihood of foul play in this situation is high and underscores the need to take decisive action as soon as possible to avoid a worst case scenario.

The first order of business for an abused spouse seeking divorce is to secure a protective order that blocks an abusive spouse from contacting or harming the abused spouse or members of the household. Further, a protective order will order the abuser out of the home, which is a critical component of ensuring one’s safety. However, Courts tend to be cautious with petitions for protective orders, so amassing sufficient evidence to prove the imminent threat of harm is essential.

To prove domestic violence, the person requesting protection will need to produce evidence that is more substantial than a he-said/she-said argument. Consequently, an abused spouse should save the following types of information that record or relate to past acts of violence or threats of violence:

Petitions for an order of protection are first filed with the police department that is followed by a hearing before a Judge (usually the same day) who is tasked with deciding whether there is sufficient justification to issue an emergency order. A full hearing is held within the next 14 to 21 days, at which time the Court will take evidence from both sides and determine if a plenary order is necessary. A plenary order is valid for up to two years, and extends the prohibitions against contact or communication, and may also include orders to pay child support or proscribe child custody provisions.

Domestic Violence and the Divorce Process and Resolution

While domestic violence can affect the procedure and outcome of divorce, Illinois law now has no-fault divorce, therefore making it unnecessary to use domestic violence as grounds for dissolution. Hence, domestic violence will not control whether the divorce is granted, but can influence how the Court handles procedural aspects of the case, as well as parenting time and property division determinations.

Mediation is a requirement in most Illinois Courts, as well as a prerequisite to getting a hearing scheduled with the Judge in a divorce case. However, when domestic violence is present and brought to the Court’s attention, the Judge is likely to dispense with this step to prevent the abuser from manipulating or verbally harming the other spouse.

As for parenting time, domestic violence is known to negatively impact children, even if they are not the target of the abuse. As a result, Courts may order supervised visitation at a neutral location, or limit contact to telephone and Email communication. In the area of property division, domestic violence is one factor, among many, that a Court will use to arrive at a fair or equitable result.

Domestic violence is an emergency situation that requires quick action and the help of an experienced family law and divorce attorney to fully address. Talented Schaumburg family law attorney Nicholas Richardson is experienced in representing both sides in this matter, and he will work to obtain the outcome that is best for your family. Contact the law firm for a free initial consultation.