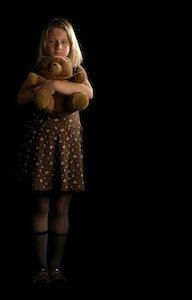 Despite implementation of tougher domestic violence laws in the past two decades, each year thousands of Illinois residents are victimized. In 2013, Illinois domestic violence programs served 44,318 adults and 8,168 children. Illinois child custody laws consider the presence of domestic violence when making an award of custody. Unfortunately, this means that some parents will make false allegations of abuse in an attempt to gain custody.

Domestic Violence as Best Interest of the Child Factor

However, past incidents of domestic violence are not enough to justify an award of custody to the non-abusive parent. The Court must find that there is ongoing abuse, and without such a finding, the Court must assume that joint custody is in the child’s best interest.

What does that mean for your custody case?

Instead, you will have to prove a pattern of abuse that has continued throughout the years. There is no set number of incidents that must have occurred for the Court to decide that abuse was ongoing. Each case is fact specific that makes it important that you meet with an experienced family law attorney to review your case.

Domestic violence allegations can impact an award of child custody. If you have been a victim of domestic violence, showing a pattern of ongoing abuse is a necessity to ensure the continued safety of you and your child. If you are the victim of false allegations of domestic violence, proving to the Court that the claims are false is vital if you wish to be awarded custody of your child. You need an experienced family law attorney who understands the impact domestic violence plays in child custody cases. Representing clients in Palatine, Schaumburg, Barrington, Arlington Heights, Rolling Meadows and throughout Cook, DuPage, Kane and McHenry Counties, the Law Office of Nicholas W. Richardson, P.C., has the experience and compassion you need to help in these delicate cases. Contact his office today.