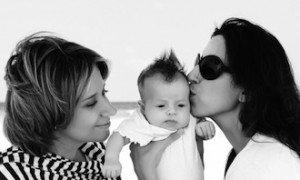 Same-sex marriage has been legal in Illinois since June 2014. Hence, gay and lesbian couples who choose to raise a family together now have an easier road to parenthood — whether through adoption or conception of children following marriage.

Since passage of the new law, Illinois same-sex couples who have children following their marriage, whether biological or adopted, may place each partner’s name on a birth certificate. This is a change from prior law, when only a biological parent’s name was permitted to be listed.

Legalization of same-sex marriage also makes it easier for a non-biological parent to adopt his partner’s biological child. In many cases involving children of same-sex couples, the child is biologically related to one partner — either the mother who gave birth using donated sperm or a gay couple who used a surrogate and the husband’s own sperm.

The decision to have children is a lifelong dream of many couples. The changing dynamics of Illinois’ marriage laws makes fulfilling that dream a bit easier for same-sex couples. If you and your partner are in a same-sex relationship and plan to have children — or if you are already raising children — you need to solidify the legal rights of both parents and children. Palatine adoption attorney Nicholas W. Richardson has more than a decade worth of experience handling adoption and all other family law-related issues. Give him a call today to discuss the adoption process.