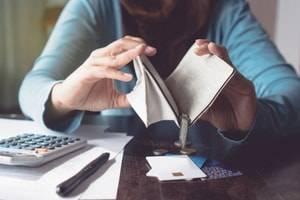 The most essential point of seeking enforcement of an alimony award is the need to be proactive, and avoid procrastinating the pursuit of the overdue money. The larger the amount in arrears, the harder collecting the money in a timey manner typically becomes. Thus, when alimony stops coming, the affected party should consult with an attorney as soon as possible about filing a petition for enforcement. Assuming the non-payment is found to be intentional, and not based upon an inability to meet this financial obligation, a Court can issue a money judgment and order any of the following remedies:

In addition, the payee can pursue civil contempt charges that typically require the obligated party to pay some or all of the overdue amount to avoid jail time, though incarceration in these instances is rare.

In addition, and while ultimately up to a state prosecutor’s discretion, one’s attorney can file a verified complaint to start the criminal process. The crime of failure to pay support can be charged as a Class A misdemeanor or Class 4 felony. In either instance, the failure to pay must be proven as willful and a long-standing pattern of non-payment established. Specifically, the misdemeanor offense applies if alimony is in arrears for at least 6 months or exceeds $5,000, and if convicted, subjects the payor to possible jail time, fines and restitution.

The felony offense comes into play if the payor did one of the following:

Alimony is not optional income for most people and should be vigorously pursued when your ex-spouse stops paying. Skilled Hoffman Estates family law attorney Nicholas W. Richardson understands the stress of not receiving the support you need to meet your obligations and will fully pursue all legal options to get you the money you deserve. Contact the office for a free initial consultation.