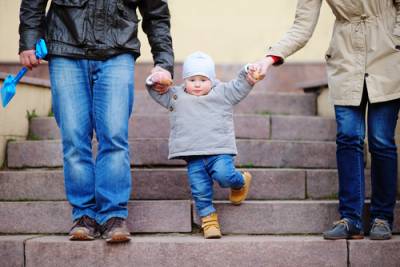 Child support is important for parents’ and children’s financial stability, but sometimes, the payor parent fails to make payments. In Illinois, the custodial parent has several enforcement options. The parent may garnish the nonpaying parent’s wages, seek contempt charges in court or seek driver’s license suspension. Parents also have other options for enforcement through the courts or by reporting the nonpayment to Child Support Services.

Since a child support order is a Court Order, unpaid child support judgments may be enforced by the same methods as any other judgment. The Court may place a lien on the delinquent parent’s bank accounts; real estate; cars; lawsuit settlements, including workers’ compensation claims or other assets. If the parent does not pay the child support amount, the sheriff may seize the parent’s property, sell it and pay the custodial parent out of the proceeds.

Another option the custodial parent has is to report the delinquency to Healthcare and Family Services, Division of Child Support Services (HFS IV-D Services). If a parent is receiving public assistance, HFS IV-D Services will automatically take action in the event of unpaid child support. Otherwise, the parent must make the report.

In Illinois, the nonpayment of child support may lead to criminal prosecution for failure to support. Nonpayment is a Class A misdemeanor if a parent is six months or more than $5,000 delinquent. The parent may face up to one year in jail and a fine of up to $2,500.

If the parent is over $20,000 delinquent or leaves the state in order to avoid paying child support, the charge rises to a Class 4 felony. Second or subsequent offenses are also Class 4 felonies. A Class 4 felony is punishable by one to three years’ incarceration and a fine of up to $25,000.

There are other options also available to custodial parents. If a parent owes $10,000 in support or is overdue by at least three months, the Clerk of Court must report the delinquency to credit bureaus, damaging the parent’s credit rating, and order the publication of the name and address of the nonpaying parent in a newspaper of general circulation. A parent’s lottery winnings may also be intercepted.

The nonpayment of child support is a serious problem, but with an attorney’s assistance, you can take meaningful steps toward recovering past-due support. If your co-parent has become delinquent in his or her child support payments, please contact skilled Palatine family law attorney Nicholas W. Richardson to discuss your case.