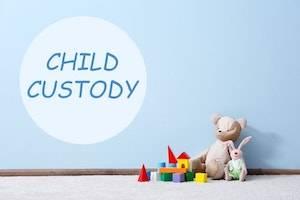 Balancing work and family following divorce is bound to involve many challenges and tradeoffs, particularly when child custody is shared. The logistics of transferring a child between parents and households is often tricky, especially as the needs of the child change over time. These difficulties exist when parents live in close proximity to one another. However, they are greatly magnified by distance.

Once state lines are crossed, visits may become less frequent. Visits may also last for days or weeks on end instead of just one weekend. When distance is a factor in visitation, one concern that either parent may have is enforcing the terms of the parenting plan. If a parent decides to withhold visitation, limit communication, or refuse to return the child as agreed upon, then the other parent will likely need to initiate legal action to force the other parent to comply. Still, with parents accessing Courts in different states, the possibility exists that Courts could issue conflicting custody orders resulting in the child pinging back and forth between parents. This situation is not in the child's best interest, and 49 states, including Illinois, have passed a uniform law that governs how Courts should treat custody disputes that cross state lines.

What Are Courts Allowed to Decide

Cross-state disputes arise when one parent relocates to another state post-divorce. Typically, the accepted procedure leaves authority to take further action on previously decided matters with the original Court. This rule stems from the view that the original Court is in the best position to make additional decisions due to its familiarity with the facts and access to evidence.

The specifics of determining which Court has the authority to change a custody order are quite complicated and are best handled by a knowledgeable family law attorney. The most important point to remember is that out-of-state Courts do have the ability to enforce orders. Thus, if a dispute does arise, a parent is not forced to return to the old state in order to resolve the matter.

However, the Court of another state does not automatically gain the authority to enforce a custody order just because someone new moved with an existing Court order. A copy of the order must first be registered with the local Circuit Court in the new state, with or without a request to enforce its terms. The other parent will receive notice of the registration, and has 20 days to contest the validity of registration. A parent wishing to challenge the notice is limited to the following arguments:

If the registration is not challenged within the time allotted, then the custody order will be recognized as valid and enforceable, and future challenges to its validity on the grounds listed above will not be permitted.

Talk to a Family Law Attorney

Nothing is more important to a parent than seeing his or her child. If you are fighting with an ex-spouse or partner about visitation or custody issues, you need a passionate Palatine family attorney on your side ready to protect your rights. The Law Office of Nicholas W. Richardson, P.C. represents parents in a variety of child custody matters, and understands the gravity of what is at stake. If you live in northwest Chicagoland, contact the office today for a free consultation.