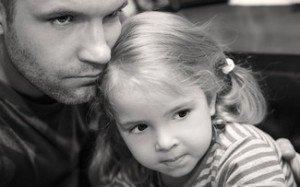 In an opinion issued in March of this year, the Illinois Supreme Court ruled that the theory of equitable adoption does not apply in child custody cases, thus negating a man’s attempt to obtain custody and visitation with the child he helped raise.

Equitable adoption is an adoption made valid not by a Court order, but by the actions or promise of one or more parents to either adopt a child or treat a child as his or her natural, biological child.

Illinois approved the doctrine of equitable adoption for purposes of inheritance in 2013 in the case DeHart v. DeHart. In the case, the deceased had never formally adopted the plaintiff after marrying his mother when the plaintiff was two years old. However, for more than 60 years, he had held him out to be his biological son. At the father’s death, the plaintiff contested the decedent’s will on a number of grounds, and argued that he was equitably adopted, as the decedent had held the plaintiff out as his biological child and supported him as such throughout his life.

The Court sided with plaintiff, holding equitable adoption valid if it is proven by clear and convincing evidence that the “parent” had an intent to adopt and “acted consistently with that intent by forming with the plaintiff a close and enduring familial relationship.” But while extending the theory of equitable adoption in inheritance cases, the Court declined to apply it to child custody proceedings.

In re Parentage of Scarlett Z.-D, the child was legally adopted by her mother in Slovakia. The father was prohibited from legally adopting the child since he was not a Slovakian citizen and not married to the mother at the time of the adoption. The couple never married, nor did they domesticate the adoption in Illinois. However, the father was a full participant in the child’s life — he paid for the adoption, traveled to Slovakia numerous times, participated in a psychological evaluation and established a trust for the child; both parties held him out to be her father.

Five years after the adoption was initiated, the parties separated, and the father filed for a declaration of parental rights, custody and visitation citing various theories, including equitable adoption. However, the Court rejected his claim, stating that its purpose is to provide fairness to the child in an estate case by allowing him to inherit from his purported parents —in no way creating a parent-child relationship or legal adoption. The Court also noted that the doctrine could be applied only in circumstances where there was an enduring familial relationship. In this case, unlike in DeHart, the parties never married, and the relationship lasted barely four years once the adoption was finalized. Thus, the “father” in this case had no right to seek custody or visitation and in the alternative, could not be required to pay child support.

If you are helping to raise your partner’s child, whether a step-child whose other parent is no longer in the picture or if your partner adopted a child prior to your relationship, contact skilled Palatine adoption attorney Nicholas W. Richardson today. Only a legal adoption can create a parent-child relationship that will give you custody and visitation rights if the relationship ends. Likewise, if you are the adopted parent, a legal adoption is the only way you can seek child support from the other “parent” at the end of the relationship. Do not jeopardize your future rights to be a part of the child’s life. Call the Palatine family law office today and schedule an appointment to start the adoption process.