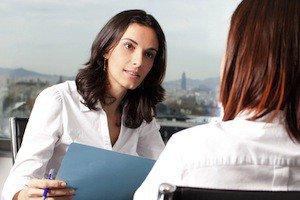 All U.S. states now have no-fault grounds for divorce. However, Illinois is somewhat unusual — in that Illinois also currently provides for fault-based grounds for divorce. Obtaining a no-fault divorce in Illinois generally requires a two-year waiting period. Fault divorces are quicker, however, and require no waiting period. Still, the spouse seeking a divorce does have to prove fault, which can be difficult.

Illinois law provides for several different fault-based grounds for divorce and include the following:

Mental cruelty is the most common fault ground. If contested, however, this may be difficult to prove. Mental cruelty requires evidence that a spouse acted purposely and with the intent to cause suffering. Moreover, the filing spouse must also prove that the cruelty adversely affected him or her.

Although Illinois does provide for fault-based divorce, Courts do not consider the wrongdoing that may lead to a divorce when determining property settlements or the amount of alimony to be awarded. However, there is an exception to this rule if the wrongdoing has caused marital waste. If, for example, a spouse has spent money on a drug addiction or an extramarital affair, that waste may then be taken into account in dividing the marital property. Additionally, the Court may consider fault when making decisions regarding child custody and visitation.

The state of Illinois recently passed Senate Bill 57, which will go into effect on January 1 of next year. This bill makes significant changes to many aspects of Illinois family law, and, as such, taking these changes into consideration is important if you plan on pursuing a divorce.

Speak with a Palatine Attorney Today

Proving fault in a divorce case can be difficult. If you want to file for a fault divorce in Illinois, an experienced attorney can help you choose the grounds that are best suited to your case and help you assemble evidence to support your allegations of fault. If you are considering filing for divorce, please contact skilled Palatine family law attorney Nicholas W. Richardson for a free initial consultation.