Maintaining a Friendly Relationship after Divorce 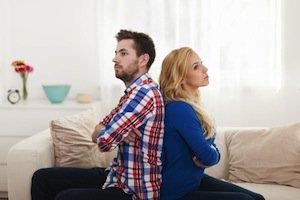 When many couples divorce, the relationship is severed entirely, and neither party has a kind word to say about his or her ex. Others, particularly those with children or mutual friends, are able to maintain a civil relationship. Yet while their interactions are minimal (usually regarding child custody issues or chance encounters at social engagements), they are, at the very least, cordial. However, some couples are able to do the unimaginable – remain friendly with not only their ex-spouse, but with their ex-spouse’s family as well. Piano man Billy Joel and his ex-wife, supermodel Christie Brinkley, are the most recent high-profile example of a couple able to maintain a respectful, even friendly relationship following the divorce.

The friendly nature of the couple’s split extended to their former in-laws. Following the recent death of Joel’s mother, Brinkley posted a heartfelt condolence to her ex-mother-in-law on Instagram.

Why Work to Maintain a Friendship with Your Ex-Spouse?

In cases where children are involved, the answer is obvious – less stress on the children, and increased opportunities to be in your child’s life. When you and your ex can cordially come together, you can spend Thanksgiving, Christmas and birthdays with your children rather than having to split the day with your ex-spouse. If you are older, remaining friends means more time with your grandchildren and less of a chance of alienating your adult children.

I have a friend whose parents divorced when he was very young; only in the past two years, more than 30 years after the divorce, have his parents been able to say the other’s name without grimacing. They are now able to spend a few cordial hours together at a family dinner. Needless to say, visits with his parents before this were stressful.

Even couples without children to bind them together can benefit from a friendly, even healthier, divorce. Couples who remain friends are often able to discuss the issues that drove them apart, and therefore leave them with feelings of resolution and closure that they may not have felt otherwise. Insights on what went wrong will benefit them as they enter future relationships.

For others, the spouse and his or her family may have been friends long before they became a couple. They may also have developed deep bonds, even friendships, with members of their ex-spouse’s family. Maintaining a relationship with the ex-spouse can sometimes be the difference between staying in the lives of former in-laws and being cut out entirely.

If you are contemplating divorce, an amicable – even friendly – split not only makes the situation less stressful, but it leaves both parties more satisfied with the outcome of division of assets and child custody agreements. Palatine divorce attorney Nicholas W. Richardson understands that an amicable divorce is better for all involved, and he makes it a point to work closely with the other party to reach a mutually agreeable settlement. Contact the office today to schedule a consultation.