The Benefits of Hiring a Lawyer for Step-Parent Adoptions 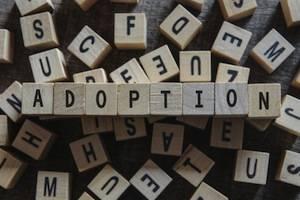 The traditional definition of a family, comprised of a mother, father and children, has evolved into a much more fluid notion in modern society. As society becomes more accepting of different gender identities and lifestyles, the concept and content of a family must progress as well.

A longstanding method of expanding a family beyond conventional reproduction was through the adoption of children, including adoption by step-parents. Adoption offers blended families a greater ability to find cohesion, and gives a step-parent legal authority and rights over the life of a child likely viewed as equivalent to his/her own. Step-parent adoptions may appear as somewhat perfunctory and require minimal paperwork because the child is not from an outside source. However, adoptions of children are always treated with a high degree of formality because of the nature of the rights being granted and the necessity of terminating one parent’s rights in favor of the step-parent.

Hiring a Lawyer in a Step-Parent Adoption

Adopting a step-child is distinctly different than the common image of welcoming a child through an adoption agency. When used, an agency drafts all the necessary documentation and files the documentation with the appropriate Court. Agencies are trained and well-familiar with the adoption laws of a particular state.

Step-parent adoption, on the other hand, is a process between private individuals, so no knowledgeable party is present to take the reins on initiating and walking the adoption petition through the Court. Missing even one document can completely derail an adoption petition and force a couple to start the process over again, costing time and money. A family law attorney experienced with adoption procedure will know what information needs to be gathered and what the Court wants to see. In addition, the attorney can advise a couple on the risks and benefits of an adoption in their specific situation to ensure this procedure is the right choice.

While all child adoptions require Court involvement, step-parent adoptions are streamlined compared to adoptions through an agency or other third party because the waiting period is waived and home visits and studies are unnecessary. Despite this simplified procedure, there are still a number of requirements and conditions that must be satisfied before a Court will grant the adoption.

Circumstances or actions a Court looks for when assessing a parent’s unfitness include:

Adopting a child is happy time. Given the importance of such an event, do not leave you adoption's success to chance. Hire a passionate Palatine family lawyer experienced in adoption law. The Law Office of Nicholas W. Richardson, P.C. represents clients throughout northwest Chicagoland, and can assist you with all your family law needs. Contact the office for a free consultation.