How Are Retirement Accounts Divided in an Illinois Divorce?

Posted on January 15, 2020 in Division of Property 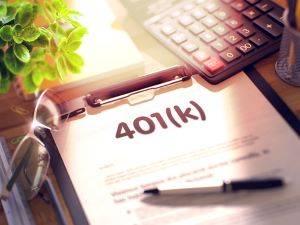 There are many assets the courts will divide between a couple during divorce proceedings. Some of the most common include the marital home, a business acquired during the marriage, bank accounts, and vehicles. Retirement accounts are one type of asset that many people do not consider when entering into property division negotiations. However, accounts such as IRAs, 401(k)s, and pensions are subject to division between spouses, just like other marital assets. How they are divided and when the funds are distributed will depend on several different factors.

When dividing retirement accounts during an Illinois divorce, a Qualified Domestic Relation Order (more commonly referred to as a QDRO) will be issued. This court order is sent to the administrator of the retirement plan with instructions on how to divide the funds in the account. The administrator typically receives this, along with the order for marital dissolution, once the divorce is final.

A Rolling Meadows Divorce Lawyer Can Help with Property Division

Property division issues in divorce can become very complex, especially when retirement accounts are involved. Skilled Hoffman Estates asset division attorney Nicholas W. Richardson can provide you with the legal help to make this process easier. He has the experience necessary to help you protect your assets and obtain the fair settlement you deserve. Call us today at 847.873.6741 to schedule your free consultation.