How Can I Ensure That My Illinois Premarital Agreement is Enforceable?

Posted on June 20, 2020 in Premarital Agreement 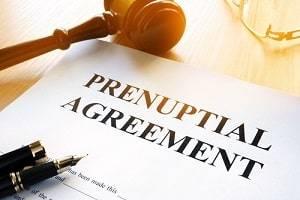 Recently, Kelly Clarkson filed for divorce from her husband, Brandon Blackstock, after nearly seven years of marriage. Clarkson is worth an estimated $45 million and is stating that she wants her prenuptial agreement enforced. Reportedly, the prenup outlines an arrangement for legal and physical joint custody of their children, and Clarkson is asking the court to terminate Blackstock’s right to ask for spousal support. The case was filed in a Los Angeles court, but would the court approve her requests if she filed in Illinois? How can you ensure that your premarital agreement is enforced in the Prairie State?

What Makes a Prenup Invalid in Illinois?

In Clarkson’s case, none of these situations may apply. However, there are other issues that could deem her agreement with Blackstock unenforceable.

What Can You Include in an Illinois Prenup?

However, a prenup cannot contain provisions for child support or child custody. Although parents are encouraged to work together to create a parenting plan during the divorce process, a judge will decide on these terms when the parents cannot agree. In Clarkson’s case, this could mean that any plan within the agreement may be struck down.

Additionally, while a prenup may also contain a provision for spousal support, a judge may deem it unconscionable if it will leave one spouse in undue financial hardship. Again, while the details of Clarkson’s prenup are not known, if it would leave Blackstock in a financial hardship, which is unlikely, that portion may also be deemed unenforceable by a judge.

Premarital agreements can greatly help a couple, particularly in the event that they get divorced. However, they are only productive if they are written properly and deemed enforceable by the courts. If you are getting married in Illinois and would like to draft a prenup, skilled Palatine family law attorney Nicholas W. Richardson can help you with your premarital arrangements. He understands the legal requirements for these agreements and will help you draft a document that is considered valid by the courts. Call him today at 847-873-6741 to schedule a free consultation.