How Does Dating Affect Child Custody Decisions in a Divorce Case? 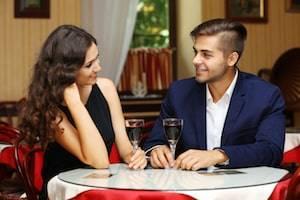 Once a married couple decides to split and file for divorce, the inevitable question, sooner or later, is when to move on and start dating again. Dating, in and of itself, presents complications, but when children are added to the equation, their opinions, as well as that of the other parent, may begin to matter.

A parent’s choice to begin a new relationship may play a part in decisions about the allocation of parental responsibilities and other divorce-related matters. Even if a parent begins dating after the divorce has been finalized, the other parent may potentially bring this matter before a judge and ask for a modification of the parenting plan. Thus, while there is no legal prohibition against dating, new relationships may have a practical effect on how a court may view certain behavior, and they may influence child custody decisions.

Dating During a Divorce

From the outside, dating while a divorce is still pending may appear premature, but couples may have extended periods of separation before taking the final step to formally end their marriage. That being said, appearances do make a difference in the outcome of divorce. Thus, starting an active dating life before the divorce has been finalized is likely to produce conflict and increase the odds that the other spouse will be less willing to compromise and more willing to litigate disputed issues. This can leave the other spouse with the choice of accepting a settlement that is less advantageous than they really want in order to avoid the time and expense of litigation, or they may choose to let a judge make the final decisions, which can be unpredictable and unlikely to produce a satisfactory outcome.

In addition, any parenting plan, which outlines parenting time and decision-making responsibilities, whether created by the parents or the court, is always assessed with an eye to whether it adequately supports the child’s welfare. The other parent could, legitimately or not, claim the new relationship is having a negative effect on the child (e.g., presenting a bad influence because of drug use or detracting from the parent’s ability to care for the child), asking the court to reduce a parent’s parenting time or parental responsibilities. The parent making this claim will need to demonstrate that there is a detriment to the child, but the parent who is dating will have to respond, and this is an issue that should be kept in mind.

Any child custody order is subject to modification if significant and unanticipated changes occur after the divorce has been finalized. However, unless there are unusual circumstances, such as an emergency, two years must elapse before a modification may be sought. As a practical matter, however, courts prefer to maintain stability and continuity for children, so the level of evidence needed to justify a material charge is notably high.

Having a new relationship is typically not enough to justify a modification. However, a relationship that puts the child in danger, causes conflict between the child and the other parent, interferes with the exercise of parenting time, or inhibits a parent’s ability to care for the child may be enough to convince a court to act. Each case is unique, and dating can present challenges that should be discussed with an experienced family law attorney.

The balance between dating and being a parent is hard, and the opinions of your child’s other parent can make things even murkier. If you have questions about the impact of a new relationship on child custody matters, talk to Attorney Nicholas W. Richardson. He has years of experience navigating the divorce and child custody process, and he can help you achieve the best possible outcome. Reach out to a skilled Mt. Prospect family law attorney at 847.873.6741 for a free initial consultation.