Impact of Illinois Adoption on Child Custody and Child Support

Posted on August 4, 2015 in Children of Divorce 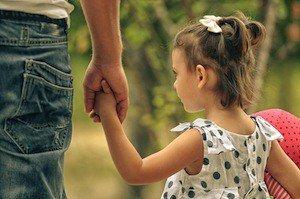 Stepparents commonly adopt their stepchildren, and in the vast majority of these cases, the relationship continues for the duration of the parent and child’s life, as it does in any adoption. Yet stepparents, while divorcing their spouse, may attempt to renounce the adopted child as their own in order to get out of paying child support.

Normally, a stepparent does not have a duty to financially support his stepchildren, nor does he have an obligation to pay child support in the event of divorce. However, the act of adoption creates a legal obligation, even though the marriage to the child’s biological parent has ended.

Under Illinois law, a child’s legal parent is the man or woman recognized as the child’s parent because the “adoption of the child has been established by a court of competent jurisdiction.” Therefore, in the eyes of Illinois law, a stepparent who legally adopts his spouse’s children has the same rights and responsibilities toward those children as if they were biologically related.

In turn, regardless of the fact that the couple’s marriage ends in divorce, the adoptive parent’s responsibility to provide for the child does not. This is true whether the adoption was finalized 15 days or 15 years prior to divorce. Thus, a man or woman who legally adopted his or her spouse’s children has a legally enforceable obligation to pay child support.

The court will make a custody determination based on what is in the child’s best interest, and the fact that the legal relationship between the parent and child is the result of adoption plays no part in the court’s analysis. The only factor that can legally sever the adoptive relationship, thus removing the adoptive parent’s legal obligation to pay child support and rights to custody, is a future adoption by a third party.

Child custody and child support issues can quickly get heated, and many parents will seek any advantage to get full custody of their children, without regard to what arrangement is truly in the children’s best interest. Skilled Palatine child custody attorney Nicholas W. Richardson has more than 10 years of experience handling contested and uncontested child custody cases. A trained mediator, Mr. Richardson’s goal is to reach a mutually agreeable resolution of all child custody issues without the need for a trial. If a settlement cannot be reached, he will aggressively pursue your case in court to achieve a child custody agreement that is in your child’s best interest. Contact the office today to schedule your free initial consultation.