Illinois Allows Unmarried Couples to Enforce Property Claims against Each Other

Posted on February 17, 2015 in Division of Property 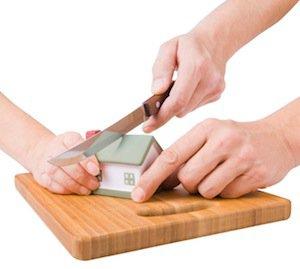 Taboos regarding cohabitation are quickly becoming passe as many of today’s couples are opting to live together before – and sometimes in lieu of – marriage. According to the U.S. Census Bureau, unmarried couples comprised 45 percent of all U.S. households in 2010. But until recently, unmarried Illinois couples who ended a relationship had no rights to enforce property claims against an ex-partner, or otherwise divide assets, due to their unmarried status.

In Blumenthal v. Brewer, the Chicago couple had been in a committed relationship for 26 years. They lived together, commingled assets, and raised three children. In all ways, they acted as a married couple. Yet they were unmarried due to same-sex marriage being illegal in Illinois. Brewer, an attorney, had stayed home for several years to raise the children. Her partner, however, built a lucrative medical practice. At the end of the relationship, Blumenthal’s net worth was $500,000 more than Brewer’s.

Blumenthal sought to partition the couple’s home; Brewer countersued to retain sole title to the property in order to equalize the couple’s assets. She also sought a portion of the annual net earnings or sale of the medical practice, since the practice had been purchased with funds from the couple’s joint account, to which Brewer had contributed.

The trial Court dismissed Brewer’s claims based on a 1979 Illinois case Hewitt v. Hewitt that rejected the right of unmarried couples to seek a division of assets at the end of their relationship on public policy grounds – meaning, cohabitation was frowned upon, so neither party had rights to the other’s property, regardless of how long they had been together, how much each contributed to the joint household, and whatever promises they had made regarding the assets.

The appellate Court rejected the trial Court’s decision and agreed with Brewer that recent legislation legalizing same-sex marriage, as well as other legislative and public policy changes in the way non-married couples were treated, had rendered the public policy behind the prohibition on division of assets between unmarried couples void and implicitly overruled Hewitt. These changes included:

The result? Brewer – and all Illinois unmarried couples, regardless of sexual orientation – may make a claim for division of assets at the end of their relationship.

If you are ending a relationship with a long-term partner and there was joint property involved, Palatine division of assets attorney Nicholas W. Richardson can help. Under the Illinois Court’s ruling, you are now permitted to enforce a property claim against your ex-partner to receive your fair share of joint assets. Nicholas W. Richardson has more than a decade worth of experience helping clients in Palatine and the surrounding suburbs to fairly and equitably divide their assets when a relationship has ended. Contact the Law Office of Nicholas W. Richardson, P.C., today to schedule a free consultation.