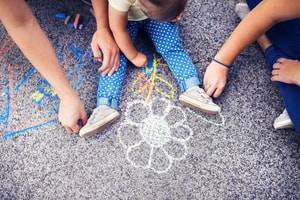 Having an active and important role in a child’s life is the principal goal and priority of parents. However, maintaining this level of involvement can become tricky after divorce when child custody, or, as custody is now called, parental responsibility, determines when and how much time each parent has with the child. Children generally have less negative long-term effects from a divorce if both parents remain a continuing and supportive aspect of their lives.

A group of fathers in Illinois think the current laws on child custody often leave them with a much smaller opportunity to see and engage with their child on a regular basis when a Judge decides this issue. In hopes of changing this perceived paradigm, the Illinois Fathers for Equality is currently pushing for the passage of a law that would favor splitting responsibilities between parents 50/50.

When Courts are asked to rule on child custody matters, the law directs them to apply an expansive interpretation to the applicable laws so that the wellbeing of the child is promoted. Specifically, one of the stated purposes of the law governing child custody is to look after the child’s best interests and to appropriately allocate parenting responsibilities. However, nothing directs a Judge to start from the premise that both parents deserve an equal role to achieve the overall goal.

The proposed bill would have the Court assume equal parenting time is in the child’s best interests, which would mean that, absent an issue with a parent who makes him or her less available — traveling for work frequently as an example — or presents a danger to his or her child, the standard approach to child custody would be to evenly split parenting time.

In addition, the current law has no requirement that decision-making responsibilities be granted to both parents, which could make it easier to for Judges to place sole authority with one party. The bill under consideration would remove this language, which would create an implied requirement that decision-making responsibilities should lay with both parties, unless the child’s best interests indicate otherwise.

Finally, the proposed law would change the standard of evidence a party would need to produce in order to justify sole custody, restricted parenting time or a modification of parental responsibilities. Currently, a parent only needs to show the increased likelihood that the other parent would threaten the child’s best interests to convince a Judge to limit parental rights. Under the proposed bill, however, the evidence would need to support a higher standard of proof that a parent’s argument is substantially more likely to be true than not.

In Illinois, divorced parents have parenting responsibilities allocated, specifically creating a parenting plan that outlines how much time the child will spend with each parent, and how decisions related to the child will be made. The best interests of the child is the primary concern in determining which arrangement is appropriate, and a Court may order the parents to share decision-making responsibilities or grant authority to just one party.

For parenting time, each parent is presumed to be fit, meaning both should receive some amount of regular time with the child. Still, the law is silent on the amount of time each parent should receive, thus leaving Courts with wide discretion to decide the share of parenting time each party receives. A number of factors are assessed to examine the child’s best interests, and an experienced divorce attorney can examine how these factors are likely to apply in a particular case.

Parents strive to do what is best for their child, and child custody concerns are critical issues that need the attention of an experienced Schaumburg divorce attorney to ensure everyone’s interests and rights are taken into account. The Law Office of Nicholas W. Richardson, P.C. understand the complications of child custody, and will work to find a solution that best addresses the needs of your family. Contact the law firm today for a free initial consultation.