In Illinois, How Would Property Be Divided in the Bezos’ Divorce? 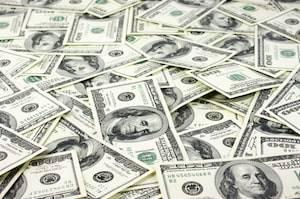 Recently, Jeff Bezos and his wife, MacKenzie, announced via Twitter that they were going to divorce. Jeff Bezos is the founder of Amazon and is thought to be worth approximately $136 billion, making him one of the wealthiest men in the world. The public was soon shocked to learn that they did not have a prenuptial agreement. What does this mean for the Bezos’ divorce? Is it possible that MacKenzie could be left with nothing?

That scenario is not likely. Due to the fact that the Bezos’ live in Washington, a community property state, both spouses are probably going to receive 50 percent of all assets accumulated during the marriage. The news has also left many wondering how this division of property would work if the couple lived in Illinois. The question is a good one, as Illinois operates under very different rules.

Currently, only nine states in the country are community property states: Louisiana, Arizona, California, Texas, Idaho, Nevada, New Mexico, Wisconsin, and of course, Washington. In these states, any income, property, or other assets acquired during a marriage are considered community property. Upon divorce, each spouse will then receive 50 percent of those assets, in most cases. This means that even without a prenuptial agreement, MacKenzie and Jeff Bezos will likely each receive half of the income earned from Amazon during their marriage, in addition to half of the many real estate properties they own and any other financial assets.

Illinois uses the principle of equitable distribution when dividing marital assets during divorce. This means that when a couple divorces in the state, any assets acquired during the marriage will be distributed in “just proportions” while considering factors such as each party’s contribution to the acquisition of property.

This is what makes prenuptial agreements so important in Illinois. Although the vehicle is considered marital property due to the fact that it was purchased during the marriage, it will not necessarily be divided equally upon divorce. For spouses who want to protect themselves and ensure they leave their marriage with the items most important to them and the assets that will meet their needs, a prenuptial agreement is the best way to do so.

If you are about to get married and would like to protect your assets with a prenuptial agreement, our experienced Rolling Meadows family law attorney can help you draft an agreement that meets your needs. Spouses who already married can also protect themselves, even if they did not have a prenuptial agreement drafted before their marriage, through a postnuptial agreement. Contact the Law Office of Nicholas W. Richardson, P.C. at 847.873.6741 to schedule a free consultation and learn about your legal options.