Is Annulment Ever a Realistic Option? 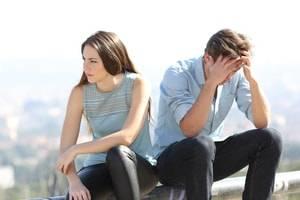 Deciding to marry should be a happy time for a couple — a time filled with celebration and joy, not thoughts of possible separation and divorce. A happy marriage inherently requires both parties to enter into the union voluntarily and freely. This dynamic is supported by age requirements that the law places on the ability of a couple to get married — the minimum age being 18 — without parental consent. However, even with this rule, not all marriages last and a significant percentage end their union at some point. Divorce is one option to which most couples instinctively turn when contemplating severing their marriage; however, annulment is an alternative some could consider.

Studies show that the younger a person marries, particularly prior to age 20, the more likely he or she will get divorced. Delaware, in an effort to eliminate the possibility of child marriage, is on the cusp of becoming the first state in the country to ban this possibility by removing any exceptions to the minimum age requirements. When a couple marries at a very young age, a higher risk of the relationship ending results. Thus, could an annulment be an option?

Annulment and divorce generally accomplish the same resolution — they both end a marriage. However, the paths taken to reach each are notably different, and the legal status of the union at the end is quite different.

With divorce, a marriage is dissolved, but the Court recognizes the marriage was legal and divides property and awards spousal support according to the privileges and rights marriage affords to each spouse. By contrast, annulment declares a legal marriage never took place, giving each party the right to claim himself or herself as never married and typically absolving each person of any ongoing obligations to the former spouse, outside of child support.

Reasons for requesting annulment over divorce might include the following:

Because annulment erases what purportedly appeared to be a legal union, the requirements to obtain this declaration are more stringent than the no-fault divorce model married couples can follow to end their marriage. Thus, to succeed on an annulment petition, the requesting party must produce evidence that satisfies one of the applicable grounds for this type of case.

Grounds for an Annulment

Illinois law requires a party requesting an annulment to prove that one of the following grounds existed at the time of the marriage:

In addition to proving one of the above grounds exists, the law also has strict time restrictions on how long a spouse can request an annulment. Specifically, to obtain an annulment for fraud or lack of capacity, a party has 90 days from the start of the marriage to initiate a case, or from the time the problem was discovered. If months pass between discovering the issue and taking action, a divorce will be necessary to end the marriage. For claims of inability to consummate, a spouse has one year to file. Divorce is the only option after that time. An annulment can be sought until the minor turns 18 for underage marriage. However, for illegal marriages, there is no time limit.

Talk to a Family Law Attorney

Ending a marriage is never an easy decision. If you have reached that point, however, speak with a compassionate divorce and family law attorney about your rights. Skilled Inverness family law lawyer Nicholas W. Richardson understand your concerns and can guide you through the legal process to reach a fair and acceptable outcome. Contact the law firm for a free initial consultation.