Is Illinois a No-Fault Divorce State? 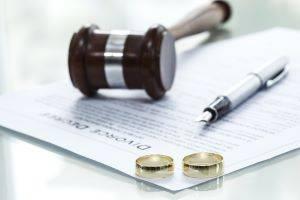 Many states have adopted a no-fault system for divorce. This means that when one spouse wants to get divorced, he/she does not have to prove that the other spouse did anything wrong. One spouse simply states that there was a breakdown in the marital relationship and attempts to reconcile would not be in the best interests of the family.

Those in Illinois wanting to divorce may wonder whether the process of filing for divorce is this simple. Fortunately, Illinois law allows for no-fault divorces. If you are considering divorce, there are some issues you should consider before filing your divorce petition.

Grounds for Divorce in Illinois

In the past, Illinois law allowed a person to state that his/her spouse was at fault for the breakdown of the marriage. The law recognized a number of grounds for divorce, including:

In 2016, Illinois law was updated, and all of these grounds for divorce were eliminated. Now, the only grounds for divorce that are recognized are irreconcilable differences. This has helped take some of the conflict out of divorce, since neither spouse is allowed to blame the other for the end of the marriage when petitioning for divorce. In addition, when determining how to divide property or whether spousal maintenance should be awarded, the courts will not take accusations of marital misconduct into consideration.

However, the courts may take one spouse’s accusations into consideration when creating a parenting plan that allocates parental responsibilities and parenting time. For example, if the court believes that one parent was physically cruel, they may place restrictions on the time that parent spends with their child. In some cases, an abusive parent may be denied parenting time altogether.

Filing for a No-Fault Divorce in Illinois

Under current Illinois laws, a divorce petition may state that the spouses have irreconcilable differences, they have tried to work out their problems, and it would be best for the family if they do not attempt to get back together. If both spouses agree that there are irreconcilable differences, the divorce petition will be approved, and the marriage can be dissolved once a settlement is reached.

One spouse may contest the divorce petition because they wish to attempt to reconcile. However, if the spouses live “separate and apart” for at least six months, this will be considered a presumption of irreconcilable differences, and the divorce petition will be granted. Notably, spouses may be considered to be living separate and apart even if they reside in the same home, especially if they sleep in separate rooms and maintain separate finances.

Filing for divorce is rarely easy, and you will need to make many decisions and address multiple legal and financial issues in order to complete the divorce process. Skilled Arlington Heights family law attorney Nicholas W. Richardson can help you file a divorce petition, and he will effectively argue your case and negotiate with the other side so you can receive the fair settlement you deserve. Call our office today at 847.873.6741 to schedule your free consultation and to learn more about how we can help with your divorce.