Marriage and Annulment in Illinois 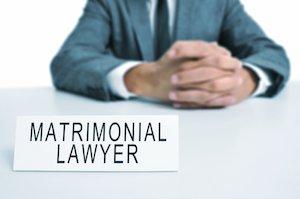 A previous post on this blog discussed the concept of legal separation and why some people may consider it a more desirable option than divorce. For some people, however, neither option is desirable; instead, they may want an annulment.

When most people think of an annulment (now legally called a Declaration of Invalidity in Illinois), they think of it in a religious context. Some churches, such as the Catholic Church, prohibit divorcees from getting remarried until their ex-spouse dies (thus severing the marriage in the eyes of the church, thanks to the vow of “’til death do us part” literally coming true) or the marriage is annulled by the church. In these instances, the marriage is deemed null and void in the eyes of the church, as though it never happened.

The concept of annulment is the same whether in the church or under state law (although a church annulment has no bearing on a legal marriage, and vice versa): it is a declaration that the marriage never existed.

Grounds for Annulment in Illinois

Illinois law permits a couple to have their marriage annulled under limited circumstances and under limited time frames. A couple may seek to annul the marriage if either party:

There is no time limit if the marriage is prohibited; for example, if you find out after five years of marriage that your husband was legally married to another woman during that time, you may be granted an annulment.

Annulment has few legal benefits over divorce or even legal separation. Although annulment legally finds that the marriage never existed, the end result is the same as a divorce: the legal end of the marriage.

In an annulment, however, there is no property division, and no spouse is entitled to receive alimony because the marriage is deemed to never have existed. This may have no impact if the marriage lasted only a month due to a drunken weekend in Las Vegas, but if the marriage lasted any longer, you may be relinquishing your right to one-half of the assets accumulated during the marriage, which may include retirement assets or any other assets that you and your spouse may have commingled.

If there are children involved, annulment will not negate their legitimacy. The father cannot deny their existence, and each parent will still be entitled to child custody or visitation and be required to pay child support.

If you are considering an annulment to end your marriage, seek out an experienced divorce attorney. While having your marriage declared invalid on paper may give you some emotional peace of mind, the requirements are difficult to meet and may not be the right choice from a property standpoint, particularly if you were married for a long period of time. The Law Office of Nicholas W. Richardson, P.C., is experienced in all aspects of divorce law and can walk you through all of your options. If you live in Palatine or the northwest suburbs, contact the office today.