What Happens if You Marry or Divorce a Foreign Spouse? 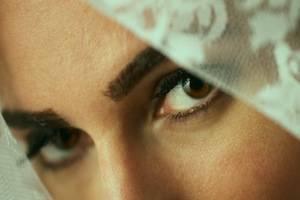 While many foreign nationals marry U.S. citizens or permanent resident aliens solely for love, some see this type of marriage as a way to bypass the typically lengthy immigration laws and enter the U.S. quickly. In fact, some immigration officials estimate that fraudulent marriages may occur in anywhere from 5 to 15 percent of these types of marriages. While immigration authorities may never discover some fraudulent marriages, those that they do discover can result in serious consequences for the parties involved.

In order to marry a foreign national, a U.S. citizen (or a permanent resident alien) must file an immigration application to sponsor a foreign spouse and grant him or her legal status to remain in the U.S. For a marriage that is less than two years old, immigration officials will grant the foreign spouse conditional permanent residence, or a temporary green card, which permits him or her to live in the U.S. on a temporary basis.

Removing the Temporary Condition From the Green Card

Consequences of a Fraudulent Marriage

Get the Advice That You Need From Your Palatine Divorce Attorney

The Law Office of Nicholas W. Richardson, P.C. knows how complex divorces from foreign spouses can be with respect to federal immigration laws, and can advise you of the potential consequences for both of you should you ultimately divorce. Skilled Palatine divorce attorney Nicholas Richardson is here to help you throughout the divorce process, no matter what types of issues it involves, including immigration, allocation of parental responsibilities, property division, and spousal support. His goal is to make the divorce process as easy as possible for you; he will focus on the legal aspects of your case, while you focus on the emotional recovery from your divorce.