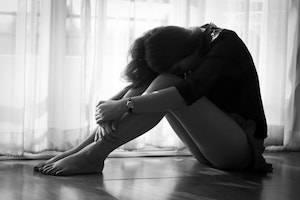 Divorce is an emotional process that can sometimes bring out negative aspects of a person's personality. However, these behaviors are momentary lapses. When one spouse has a mental health issue, what is already a difficult process becomes exponentially more complicated.

Marriage to someone with mental health issues that manifest as erratic behavior, severe mood shifts and the potential to harm him/herself or others can quickly become overwhelming.

A study conducted in 2011 looked at the impact of mental health disorders on the rate of marriage and divorce found that these issues increased the likelihood of divorce from 20 to 80 percent, varying by the type and degree of disorder present. Mental health issues often result in high conflict relationships that are hard to endure long-term. If a couple shares children, the implications of mental health disorders on a spouse's ability to parent effectively and safely become a major concern that Courts do carefully consider.

If a party to a divorce has concerns about the other party's mental condition, the first step is to request a mental health examination by a licensed professional. This request is called a Rule 215 motion, and is particularly important if the parent has no prior documented mental health evaluations for the Court to consider. This motion must be filed within a reasonable time prior to trial, and include the name of a specific mental health professional to refer the opposing party, as well as the examiner's particular discipline. The named examiner must be located within a reasonable distance to the other party or the Court will reject that professional.

Courts are not bound to use the suggested examiner, but may allow the party filing the motion to suggest alternate mental health professionals. Importantly, the party requesting such examinations is responsible for the costs of the examiner's fee and the opposing party's lost wages.

This mechanism is an important tool for a party with legitimate fears about a child's safety under the other parent's care, and offers Courts crucial information to evaluate the type of custody and visitation arrangement that would be most appropriate. In addition, child custody evaluators are often used in these situations to help Judges determine the child's best interests prior to allocating parental responsibilities. These professionals are retained by the Court to specifically look at the allocation of parental responsibilities, and would be used in conjunction with the Rule 215 motion examination report, along with the Judge's own evaluation, to decide this issue.

If a parent's mental health state does pose a danger to the child, the Court can impose a number of restrictions on the parent's ability to see and make decisions on the child's behalf. Restrictions include:

Talk to a Divorce Attorney

If you are getting divorced and have concerns about child custody, contact an experienced Palatine divorce attorney to learn how the law can protect your rights as a parent and your child's well-being. The Law Office of Nicholas W. Richardson, P.C. represents clients in northwest Chicagoland in all aspects of divorce, including the crucial issue of child custody. Contact the office today to find out how they can assist you.