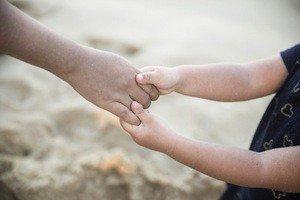 Yet even when parents remain married, there are times when they will disagree on their child’s best interests.

When parents disagree, one may choose to resolve a stalemate by going behind the other parent’s back. A parent may even go as far as hiding his or her child from the other parent — a action taken by the mother in the Florida case. Secrecy can be devastating to any marriage; but a direct violation of a Court order, which requires both parents to come to a consensus on major issues, can be detrimental for a parent. Preventing a parent from exercising his or her rights to custody and/or visitation can provide ammunition for the other parent to seek a custody modification, can lead to charges of contempt and may result in kidnapping criminal charges.

A legal option to resolve a disagreement is filing a lawsuit. In any case involving children brought before the Court, a Judge will base his or her decision on what is in a child’s best interests. The evidence, necessary to convince a Judge to decide in one’s favor, depends on the particular issue at hand and may include the following:

If you and your child’s parent are unable to reach an agreement regarding any aspect of your child’s care, Nicholas W. Richardson, a dedicated Palatine child custody attorney, can help. For more than 10 years, Nicholas W. Richardson has helped thousands of clients negotiate disagreements over child rearing decisions. A trained mediator, Nicholas W. Richardson is uniquely equipped to sit down with the other side and work toward a mutually agreeable resolution. When an agreement cannot be reached, he has the experience and skill necessary to bring your case to trial. Contact the office today to schedule your free initial consultation.

4 Costly Mistakes to Avoid When Getting a Divorce
How Can I Ensure That My Illinois Premarital Agreement is Enforceable?
How Do I Know if I Need a New Divorce Lawyer?
6 Questions to Ask About Your Marital Home During an Illinois Divorce
4 Common Mistakes Made in High Net Worth Divorces