How Courts Handle Parents Who Are Under- or Unemployed 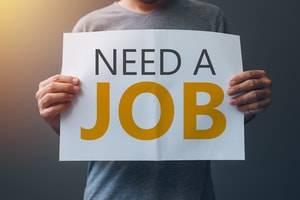 Raising a child requires a parent to dedicate a large portion of his or her resources to adequately provide for the child's welfare, not least of which is a large financial obligation. Both parents are supposed to share this responsibility. However, this mutual obligation can become a point of contention between divorced and separated parents.

Child support is a Court-ordered duty to pay a set amount for a child's needs that is most commonly issued when parents get divorced or file a paternity a claim against a former partner. Typically, the legal process used to settle child support and custody claims are handled exactly the same, regardless of the marital status of the parties. Until earlier this year, however, Cook County had separate courtrooms for married and single parents. These facilities, which some claimed were dilapidated and imposed an unfair bias on unmarried parties, were shut down in February.

Apart from procedural issues, parents generally tend to disagree about how much money is being paid as well as how the funds are being used. Still, legitimate concerns can arise about a parent's ability to pay anything at all when he or she is under- or unemployed for significant periods of time.

The calculation of child support is based upon the income of both parents, which by default requires a parent to have the ability to pay. Further, the allocation of child support between parents is determined by the net income of each and the amount of time the child is physically with each parent. Thus, the parent who has less parenting time will typically be expected to pay a greater share. However, when a parent is unemployed or makes substantially less than in the past due to only working part time or in an area that pays less (underemployment), determining the appropriate allocation can be problematic.

The Court will first look to see if the parent's employment is voluntary. If the circumstances are not voluntary, the Court can order the parent to pay a minimum child support obligation of $40 per month per child up to a maximum of $120 per month for all children, provided the parent's income is 75 percent or more below the poverty line.

In addition, if the parent has no income, only receives public assistance for low/no income residents, or cannot work due to a disability, institutionalization or incarceration, the law imposes a rebuttable presumption that no child support should be ordered.

By contrast, if the parent's under/unemployment is voluntary, i.e., he or she quit working or took a lower paying job for the purpose of lowering the child support obligation, the Court can impute or assign the parent potential income. In other words, the Court will determine how much the parent should be making if he or she was fully employed in a position similar to those held in the past. The Court specifically looks at the parent's:

If the parent does not have a sufficient work history to assess his or her potential income, the Court will assume the potential income to be 75 percent of the federal poverty guidelines, and use that to calculate child support. But, the parent does have the right to rebut this presumption and argue why a lower amount is justified.

The state takes the collection of child support very seriously. Therefore, if you have questions or concerns about this issue, you need the advice of an Inverness family law attorney to fully understand your rights and obligations. The Law Office of Nicholas W. Richardson, P.C. represents clients in obtaining, enforcing and modifying child support, and is available to discuss your situation. Contact the office today to schedule a free initial consultation.