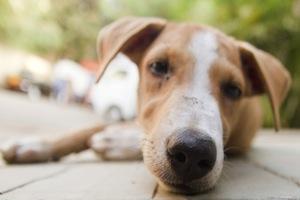 Most divorces require a division of assets and perhaps a determination of parental responsibility, if the couple has any children. However, another increasingly contentious issue is how to decide who will retain ownership of any shared pets. A recently published opinion from an Illinois Appellate Court helps resolve the issue of what role Courts have in post-divorce pet visitation decision making.

In August 2012, Kimberly Enders filed a petition to dissolve her marriage to Michael Baker, which was followed, a few months later, by Mr. Baker’s motion seeking visitation of the couple’s two dogs. Mr. Baker argued that when the couple separated they agreed that the two would share joint custody of the dogs, although Ms. Enders had refused to hold up her end of the agreement. The Trial Court granted Mr. Baker temporary visitation rights on alternate weekends. In July 2014, the Trial Court awarded sole “custody” of the dogs to Ms. Enders and denied Mr. Baker any right to visitation.

On appeal, Mr. Baker argued that Illinois courts have the right to order pet visitation and that the Trial Court should have done so in his case. The issue was one of first impression in Illinois, so the Court looked to statutory definitions and outside case law for help in deciding the issue.

The Court noted that the legal definition for a dog owner in Illinois is provided by the Animal Control Act, which states that an owner is any person who:

The Court ultimately found that, based on this definition, Ms. Enders was the owner of the dogs because the animals were initially left in her care after Mr. Baker relocated. Furthermore, Mr. Baker testified at trial that he lived in an apartment that did not allow pets, although he claimed to have a verbal agreement with his landlord allowing him to bring the dogs into the residence occasionally.

Finally, the Court referenced a New York case that argued that allowing courts to decide visitation matters involving pets would result in endless post-divorce litigation. Based on this concern as well as the statutory definition of an owner, the Appeals Court affirmed the lower court’s ruling, and granted Ms. Enders full ownership of the dogs.

An ideal situation for a divorcing couple with pets is for the parties to make any decisions regarding pet ownership during a property settlement. This avoids the expense and stress of a trial and leaves a couple the option to agree on shared custody.

If no out-of-court settlement can be reached, a Court will assign the pet to one party or the other, based on the principles of equitable distribution. When making a decision, Judges will take into account when the pet was acquired, whether before or during the marriage, as well as who has the financial ability or space to care for the pet.

If you are considering a divorce and are concerned about who will care for the family pet, retaining an experienced attorney who can help you create a plan for dividing your marital property fairly is essential. Please contact passionate Palatine family law attorney Nicholas W. Richardson to schedule your free initial consultation.