This June, Illinois same-sex couples will be able to marry pursuant to a bill passed by the Illinois General Assembly in November. While this public act treats all couples the same for the purposes of state law, married same-sex couples still have unique legal issues to consider. 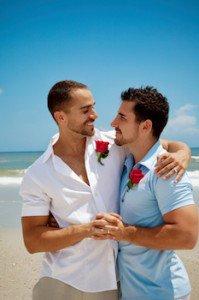 Same-Sex Couples Can Help Themselves Pre-Marriage

Same-sex couples in Illinois who are considering marriage should seriously consider drafting and signing a prenuptial agreement. Prenuptial agreements are contractual arrangements between spouses, intended to offer clear legal resolution to some of the more complicated issues associated with a divorce proceeding.

In addition to agreements spelling out property arrangements, same-sex couples should also think about potential child custody issues before the wedding. For example, when a same-sex marriage ends, the biological parent may oppose shared custody with the non-biological parent. This challenge can be even more acute when the state in which one resides refuses to consider custody via traditional divorce proceedings. To avoid a thorny custody dispute, the non-biological parent should consider other options, like legally adopting children of the marriage at the time of birth. This way, whether or not the marriage is recognized, the adoption is.

Same-Sex Couples Should Seek Legal Advice Before the Wedding

The legal process of traditional divorce can be complicated and involve many issues. The complexities of a divorce proceeding can be magnified for same-sex couples, as this remains a new and fluctuating area of law.

An experienced attorney can help ensure that your rights are protected. If you are considering same-sex marriage, or if you already in a same-sex marriage, an experienced Illinois divorce and family law attorney can advise you on property, custody and other issues in this area. Contact the Law Office of Nicholas W. Richardson, P.C., for help in Palatine and throughout Chicago’s Northwest Suburbs.