Simplified vs. Formal Divorce: Deciding Which Option is Right for You 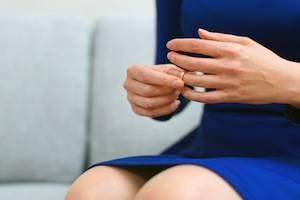 When couples decide to divorce, the belief that there is only one divorce form available is natural — especially considering the depictions of divorce on television. The typical TV version of divorce involves a long, drawn-out process that culminates in a trial where both parties verbally attack each other in Court. Certainly, this kind of divorce is possible, such as in the case of a divorcing couple who recently fought over Cubs World Series tickets. However, another way exists.

Traditional divorce cases are referred to as formal dissolution in Illinois. An easier, faster and less expensive way to end a marriage is called joint simplified dissolution. This option is not open to everyone because a number of requirements must be met to qualify. Yet for those who can use this type, joint simplified dissolution offers a streamlined route to divorce that could be important for parties who want a quick resolution to their case.

A formal dissolution, the traditional approach to divorce, is the procedure used by most divorcing couples and is often indicative of parties who have issues to resolve, such as parental responsibilities or spousal maintenance. However, formal dissolutions can be both contested and uncontested.

Whether a divorce is contested or uncontested simply depends on whether the parties have any disputed issues between them. The length of time it takes to conclude a formal dissolution is highly reliant on how disputed the issues are, and if the parties are able to form their own agreements instead of relying on the Court to decide for them.

In addition to the divorce petition, divorcing couples with children will need to file a parenting plan and a financial affidavit to help the Court calculate child support. Financial affidavits are also used if a party asks for spousal maintenance.

To qualify for a joint simplified dissolution, all of the following conditions must be met:

If these conditions are met, then the parties may file a petition for joint simplified dissolution, along with an affidavit stating that a written agreement exists that divides all marital property and a judgment for joint simplified dissolution of marriage form. Both parties must attend the final hearing before the Judge, which will conclude with the Judge signing the judgment for dissolution form, thus formally ending the marriage.

If you are contemplating divorce, first talk with a skilled Palatine divorce attorney to learn about your legal rights and options. Large amounts of emotion are provoked in divorce, and an experienced divorce attorney can help you separate the emotional response from the practical reality. If you live in northwest Chicagoland, let the Law Office of Nicholas W. Richardson, P.C. represent you in this important legal matter. Contact the office for a consultation today.