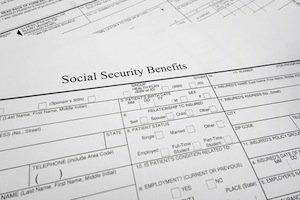 All divorce cases involve a division of assets, whether it is an even 50-50 split or a different ratio that the Court decides is equitable based on the circumstances. When dividing pensions and other retirement assets, a non-owner spouse can choose to either receive property in an amount equal to his or her portion of the benefits at the time of a divorce, or as a monthly distribution when the owner-spouse becomes eligible to receive it. However, what happens when one spouse contributes more money to Social Security instead of an employer-sponsored pension?

Division of Pension and SSI Benefits

Employers generally withhold a portion of an employee’s salary for Social Security benefits. These benefits are paid as a monthly benefit once an employee reaches federal retirement age. Similar to a pension, money earned during a marriage is withheld from an employee’s paycheck and held for later distribution.

Under current Illinois law, the answer is no.

In re Marriage of Crook, the Illinois Supreme Court ruled that the spouse with the pension cannot be awarded a greater share to offset the fact that she cannot receive a portion of her husband’s Social Security benefits. Hence, if the wife has a pension that will award her $1,200 a month at retirement, and her husband is entitled to Social Security benefits that will pay him $850 at retirement, she cannot be awarded a larger amount of the pension benefits to make the overall division equal.

Regarding the Crook case, the Court did not, however, address the issue of whether an offset could be applied to those cases where one spouse contributes to his pension in lieu of contributing to Social Security. This was the question before the Illinois Appellate Court in re Marriage of Mueller. The husband contributed to an employer-based pension in lieu of having a portion of his salary withheld for Social Security; his wife participated in Social Security. During the divorce, he attempted to offset the value of his pension by the value his Social Security benefits. Citing Crook, the Appellate Court denied the offset.

The husband in Mueller appealed the Court’s ruling, and the Illinois Supreme Court agreed to hear the case during the 2015 term to decide the issue.

The division of assets in an Illinois divorce is usually straightforward. But certain assets are not easily divided. If you are getting divorced and have a pension or similar benefits, Palatine divorce attorney Nicholas W. Richardson can help. With more than a decade of experience handling division of property issues, Nicholas W. Richardson understands the sometimes intricate rules governing division of these assets. Contact us today to schedule an appointment. We serve clients in Palatine and the northwest suburbs.