What Can You Do When a Spouse Lies During Divorce? 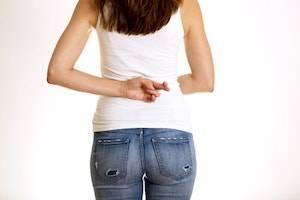 The stereotypical image of a divorcing spouse doing everything possible to make the other party look bad is, unfortunately, not always an exaggeration. However, Courts are not interested in hearing divorcing spouses badmouth one another and will generally not give this type of information any consideration unless false allegations are made that significantly affect a party's rights. Under these circumstances, the situation changes and becomes more than bickering that may be disregarded.

Falsifying documents or making untrue allegations principally affects a party's rights in property distribution and the allocation of parental responsibilities. Typically, false allegations come in the form of claims of abuse (child and/or domestic), drug use and submissions of fabricated financial affidavits/documents.

While dishonesty between spouses is rarely worth taking legal action, lying or misleading a Court can result in serious consequences. Statements made directly to the Judge and documents filed with the Court all come with the stipulation that the information provided is true and accurate. If the Court later discovers a party intentionally lied or provided erroneous information, the potential consequences can reach both the outcome of the divorce case and include the imposition of criminal penalties.

The welfare of a child involved in a divorce case or other family law matter is always a primary concern of the Court, and allegations that a spouse engaged in child abuse or domestic violence can have direct implications on the amount of parenting time and decision-making authority a parent is granted.

If the Judge determines a parent poses a threat to his or her child's physical, mental or emotional health, then the Court may restrict parental responsibilities or completely deny them. Accusations of substance abuse can also lead to similar results. Combating these allegations can be difficult, but they must be met head-on to avoid damage to the parent/child relationship.

Hiring an experienced divorce attorney as soon as possible is essential to preserving one's parental rights. Providing testimony about positive involvement in the child's life from teachers, psychologists, friends and family help to build a foundation that a parent is stable and responsible. Further, if drug use is alleged, providing a clean drug test is the most direct way to combat such a claim.

If a party is successful in refuting these types of allegations, the Court may be moved to modify the parenting plan in favor of the falsely accused party, if one is already in force, or granting the wronged parent a greater share of the parental responsibilities if the case is still pending.

Under Illinois divorce law, each party has a right to a portion of the marital estate, unless the parties mutually agree otherwise. But, a fair and appropriate division depends upon both parties providing accurate financial information. If a party intentionally withholds information or falsifies the amount or existence of assets, a court is permitted to award a greater share of the marital estate to the innocent spouse. However, if accusations of hiding assets are made, providing statements from one's accountant about income and purchases over the previous year is an effective way to refute such a claim. Thus, spouses entering divorce should make considerable efforts to get their financial records in order to limit the other party's opportunity to level false claims.

In addition to penalizing the party making false accusations, he or she may also face charges of perjury or being held in contempt of Court. Both bring the potential for fines and/or jail time if pursued, and an experienced divorce attorney can push for this type of Court action.

Work with an Illinois Divorce Attorney

Divorce is hard enough without a spouse making false statements against you to the Judge. Considering what is at stake, you need a knowledgeable and dedicated Inverness divorce attorney to protect your rights and ensure the proceedings are fair. The Law Office of Nicholas W. Richardson, P.C. serves clients in the Palatine area, and is ready to help guide you through the divorce process. Contact the office for a free initial consultation.