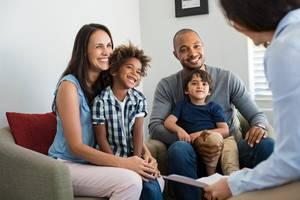 Dividing parental responsibilities is always a tricky proposition, as each parent is likely to believe he or she is best equipped to provide for his or her child’s physical needs and emotional support system. However, the reality in most homes is one parent is typically more involved in a child’s day-to-day needs and scheduling requirements.

When this factor aligned with the model used to allocate parenting time, a Court is more likely to give the bulk of the responsibilities to the parent who is more involved. This allows continuity for the child to be maintained. However, the situation often leaves the other parent feeling as though he or she has no real opportunity to have equal time with the child, or an ability to make a significant contribution to the child’s life.

Further, fathers are typically more affected by this tendency, which serves to reinforce the stereotype that single fathers have little desire to engage with their children on a meaningful basis. A Bill is currently under consideration in the Illinois legislature that would change the child custody model used by Courts so that both parents would start from the presumption of having equal time with their child.

The proposed law is aimed at promoting awards of equal parenting time when child custody must be divided. This approach is popularly termed “coparenting” and assumes that both parents equally contribute to the childcare duties instead of one parent taking one the bulk of the responsibilities. Specifically, the proposed change would include a provision that equal parenting time would be the starting point for custody decisions and would be considered in the best interests of the child.

To further facilitate the implementation of this policy, the law would also change the standard Courts must establish to restrict or otherwise deviate from a shared custody arrangement. Currently, the standard of evidence needed to limit parenting time is by a preponderance of the evidence — a relatively low bar that only requires the proposition be more likely true than not.

The new standard, clear and convincing evidence, would be more rigorous and would require evidence that the claim is substantially more likely true than not. Additionally, the proposed law mandates that Judges provide a written account of why such a departure was necessary, both legally and factually.

These changes are intended to make what amounts to sole custody more difficult to give to one parent — without legitimate and articulable reasons — and to better secure the parental rights of the other parent.

The present law on the division of parental responsibilities is not as clear on how duties should be allocated, thus leaving Judges with a significant amount of discretion when evaluating this issue. The best interests of the child are always paramount, but the statute directly states there is no requirement that the decision-making authority be shared. Without decision-making power, a parent has no say regarding where his or her child attends school, receives medical treatment (outside emergency care), or practices religion, among other major life decisions.

Further, while both parents are presumed fit, this presumption does not mean both will receive equal amounts of time with their children. The presumption means that only some time will be allotted to both parties.

What this paradigm means is that, unless the parties can agree to shared and equal custody themselves, the Court is free to decide, based on a closed set of facts, which parent is believed to be the better parent, and is thus entitled to more time and authority. Any resulting decision will have a profound impact on the lives of both the parents and the child. An experienced family law attorney is needed to guard against an unfair outcome.

Child custody issues need to be handled with care and consideration. Dedicated Inverness family law lawyer Nicholas W. Richardson has years of experience working with Illinois families to resolve this matter, and is available to discuss your case. Contact the office for a free initial consultation.