Can a Stepparent’s Income be Used to Determine Child Support Payment? 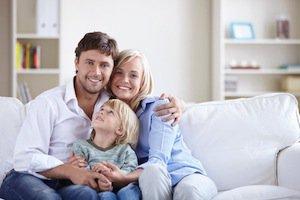 Following a divorce, chances are high that either you or your spouse will re-marry. However, if you and your ex-spouse had children, and there is a child support order involved, is it possible for the custodial parent to obtain an increase in the original child support award based on the new spouse's income?

The child support guidelines permit the Court to modify a payment amount if it is determined that the amount calculated would not be in a child’s best interest. When making such a determination, the Court must consider the following:

In the past, the Illinois Courts have held that the income of a new spouse could not be considered when determining the appropriate amount of child support the obligor must pay. Hence, when a husband remarried, his ex-wife could not seek to modify the amount of his monthly child support payment simply because his monthly income had just doubled, due to his new wife.

The theory was that although stepparents may play a role in helping their new spouse raise the children, they had no legal obligation to financially support their stepchildren.

But in 2000, the Illinois Appellate Court ruled that a stepparent’s income could be considered when making an award of child support. The Court noted that the use of the term “resources” in the guidelines indicated an intent by the Illinois Legislature to allow the Court to consider all of an obligor’s potential resources, and not just his or her income—particularly where an obligor and his or her new spouse commingle their assets to pay for family expenses, rather than keep separate accounts.

So while Courts are permitted to consider a new spouse’s income when determining the amount of child support an obligor must pay, it is not an automatic change. Instead, this is one of several factors the Court can consider as a reason to increase an award amount.

If your spouse has recently remarried, you should speak with a child support attorney to discuss the possibility of seeking a child support modification based on a stepparent’s income.

Child support modifications can be made anytime following entry of an initial support order provided there is a change of circumstances justifying the modification.