Proposed Law Would Suspend Child Support for Parents in Jail 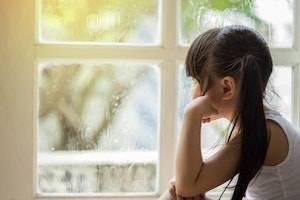 Disputes over child support from separated or divorced parents are fairly common, and each party has a legitimate stake in convincing the other why the money is being properly or poorly spent. Despite these disagreements, most parents ordered to pay child support realize the importance to the child's well-being, and continue to pay support regardless of contention with the other parent.

However, circumstances do arise that directly impact a parent's ability to pay child support, such as job loss and serious illness, and he or she may be motivated to ask a Court to modify the child support obligation to a level that is financially feasible.

Usually, constraints on a parent's ability to pay are connected to situations that engender some degree of sympathy or understanding. Still, some facts push others to have little to no compassion for the financially-strapped parent. One circumstance that squarely fits within this group are those parents who are incarcerated. People do not typically end up in jail or prison for following the law, but one obvious and serious consequence of incarceration is the inability of many of these parents to pay child support.

One state lawmaker, believing the accrual of back child support and interest could lead these parents back into the correctional system, wants to suspend child support obligations during the period of incarceration. A discussion of when this proposed law would apply, and other circumstances that could persuade a Court to modify child support generally, follows below.

However, the parent receiving support has the option of challenging this suspension within 60 days of receiving notice if he or she can show the incarcerated parent still has sufficient financial resources to continue paying. This suspension would apply to parents incarcerated before January 1, 2018, and those jailed for less than one year.

Further, if the incarcerated parent receives additional income in the form of a settlement, inheritance or other lump-sum payment of $5,000 or more, or monthly payments of at least $500 while incarcerated, the other parent must be informed and be given the opportunity to petition a Court to modify the suspension of child support.

The downside to this proposal is the loss of needed income by the parent with primary responsibility for the child, which is unlikely to be replaced and ultimately hurts the child's well-being.

Once a child support order is in place, Courts will rarely, if ever, suspend the obligation because a parent has difficulty paying. Courts will, however, modify child support orders which can include lowering the payment amount to a level the obligated parent can afford, if either parent or the child experiences a substantial change in circumstances.

Examples of situations that are more likely to convince a Court to change the standing order include:

Note that the original order remains in force while the petition to modify is pending, so no stoppage in payments should occur unless specifically directed to do so by the Court.

Child support obligations are serious business for both parents, and when conflicts arise over this issue, passionate Barrington family law attorneys can provide an important source of information to resolve these disputes. The Law Office of Nicholas W. Richardson, P.C. understands the tension surrounding this issue, and will work to create a solution that makes sense for your unique situation. Do not hesitate to contact the office to schedule a free initial consultation.