How Does a Promotion at Work Affect Illinois Child Support Payments? 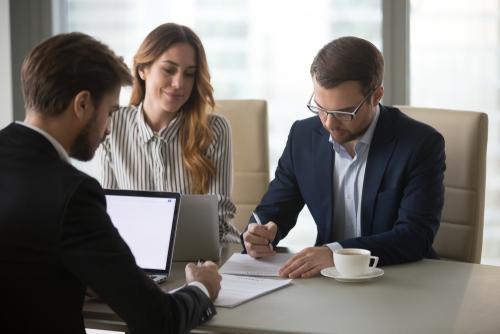 During a divorce that involves children, one parent (typically the non-custodial parent) will usually be ordered to pay child support to the other parent. However, the one constant in life is change. When life changes affect a parent’s employment and the income he or she earns, modifications to child support orders may be necessary. This can ensure that a parent will not be required to make payments that he or she cannot afford, and it can make sure that both parents are continuing to meet their children’s financial needs.

Since Illinois law takes both parents’ incomes into account when determining child support, if either parent receives a promotion or an increase in pay, the amount of the parents’ child support obligations may need to be recalculated. If you need help modifying your child support order, you should work with an experienced family law attorney.

Can a Divorced Parent Leave a Child with Another Person? 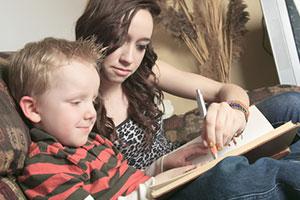 The terms of a divorce settlement or judgment will attempt to cover the many different issues the two parties will face as a divorced couple. However, marital settlement agreements cannot possibly cover every situation. One of the most common situations divorced couples with children face is whether or not parents should leave their child alone with another person, such as a babysitter, when they cannot care for them.

It can be upsetting to hear that a child was left with someone other than their parent. This is particularly true when one parent does not personally know the person watching the child. While this type of situation can be stressful and sometimes cause arguments, is it against the law?

The Right of First Refusal

Historically, Illinois did not have many laws on the books pertaining to someone other than a parent watching a child. However, as of January 1, 2014, parents can choose to leave their child with someone else, but they may first have to ask the other parent. This is known as “right of first refusal,” and this right is covered under 750 ILCS 5/602.3. This statute simply requires that, in certain cases, the parent caring for the child could be required to give the other parent the first opportunity to watch them.

How Does Mental Health Impact Divorce Cases in Illinois? 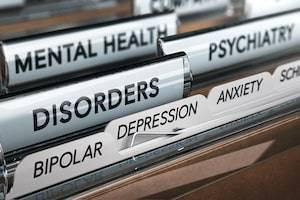 Deciding to take the final step to end a relationship is never an easy decision, but divorce can become much more complex when one spouse has issues with a psychological condition that compromises his or her capacity. Mental illnesses and cognitive conditions are challenging to recognize and adequately address, and staying in a marriage with a person experiencing these issues may not be advisable if issues of safety and emotional stability are an issue for either spouse.

Divorce requires making a number of significant and binding decisions, and the presence of mental illness or cognitive dysfunction can greatly alter how these decisions are handled, as well as how the impaired spouse may respond to divorce as a whole. The overarching influence of mental illness in some divorces is rarely discussed, primarily due to the stigma associated with mental illness in this country generally. However, mental health issues can take many forms, from alcohol abuse to bipolar disorder, and these issues can affect a relationship in a wide variety of ways. Mental illness will touch more couples than is generally recognized, and it can affect divorce proceedings in the following ways:

A number of states include a provision in the law that authorizes a divorce if mental incapacity of a spouse is established; however, Illinois is not one of them. Until 2016, Illinois retained a divorce system that was primarily fault-based, and one possible grounds for divorce was drug and alcohol addiction, conditions that are known to alter the abuser’s mental state at least temporarily, and sometimes permanently. Qualified no-fault divorce did exist, but it required lengthy separation and other requirements that could be burdensome to satisfy. 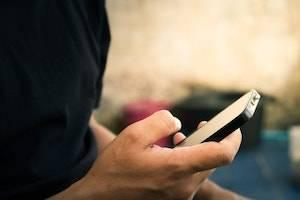 Who is Eligible to Receive Custody Rights Over a Child in Illinois? 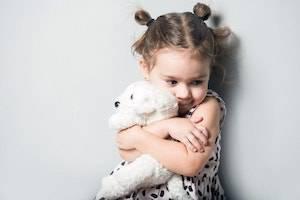 Disputes over child custody and visitation between parents are an unfortunate but common occurrence. Further, when parents separate or divorce, the impact is felt far beyond the core family unit. Relatives and friends often lose valuable and important connections in the aftermath of these decisions, however necessary and well-intentioned. The significance of some of these relationships between a non-parent adult and the child can sometimes be enough to motivate the other adult to explore the possibility of seeking visitation or custody rights if there is a fear that contact will be cut off. However, the law is not especially keen to award parental responsibilities to non-parents, and great pains are taken to limit when exceptions to this policy may apply.

Parents are viewed as the primary and best source to raise a child, and other adults are always considered a last resort. Consequently, non-parent adults are generally unable to receive custody rights over a child, absent extenuating circumstances. A recent example of this policy is evident in the denial of a grandmother's petition for guardianship over her young granddaughter. The child's mother is serving a prison sentence in Bali for murder, but the Court said that even in this situation, the mother's consent to guardianship was necessary. However, Courts are permitted to make exceptions for certain parties seeking custody under specific circumstances.