The Cost of Divorce in Illinois: 4th Most Expensive State in the U.S. 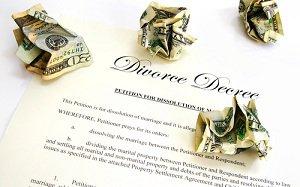 There is no getting around it – if you live in Illinois and want a divorce, it is going to cost you. Even if the divorce is amicable and you and your soon-to-be ex-spouse agree on all aspects of property division and child custody, you will still face expenses and at least some attorney’s fees. With money suddenly an issue, you may wonder how much the divorce will cost and who is responsible for paying those fees.

A report released early this year by FindtheData.org ranked Illinois as the fourth most expensive state for couples getting divorced. At $337 just to get the paperwork filed, Illinois ranks behind only Florida, Minnesota and California. Perhaps because of this, Illinois also ranked as having one of the lowest annual rates of divorce, tying for third with several other states at eight divorces per 1,000 married couples.

Tips for Successful Co-Parenting After Your Illinois Divorce
What Factors are Considered in the Division of Marital Property?
How to Protect Yourself from Financial Fraud During Divorce
Can I Receive Retroactive Child Support in Illinois?
How Does a Promotion at Work Affect Illinois Child Support Payments?